Hello everyone! Frank Skarren AKA Riot Vriss here. I’m a Game Designer on Legends of Runeterra— I’ve been on LoR ever since I joined Riot almost four years ago! Today I’d like to talk to you about the team I started on, one of the coolest crafts in all of Riot: The Game Analysis Team, or GAT for short!

So what is GAT? If I had to sum it up, I’d say GAT is the loudest voice for the player in the room. At Riot, GAT is utilized on all of our games, and is a subcraft of Quality Assurance (QA). GAT members could be ex-pro gamers in one field, or have a wide breadth of experience in many genres and playstyles. The aspects that are always constant are player empathy, a logical and intuitive understanding of games, and a mastery of playtesting.

We leverage our experience to aid the design process (Our role is so integral that we’ve been baked directly into the design team for LoR!), assisting with game health, balance, player sentiment, and generally making sure the game is fun and intuitive. We specialize in later stage design, adding polish, quality, and making sure the team can meet their goals in a way that is best for the game.

Let’s say the design team showed GAT this idea with the goal of creating an exciting value card for Teemo. GAT might highlight a few things about this shape:

While unintended use cases for cards can lead to clever deck building for players, we want to make sure it is happening in a way that does not negatively impact a metagame. After some feedback/iteration with design, I could see testing for this shape going a few ways:

We would then playtest these new iterations to make sure they were still meeting the initial goal for Teemo while supporting innovation in a fair way. If it works, great! Otherwise we go back to the drawing board and start the process again.

GAT on a Roll 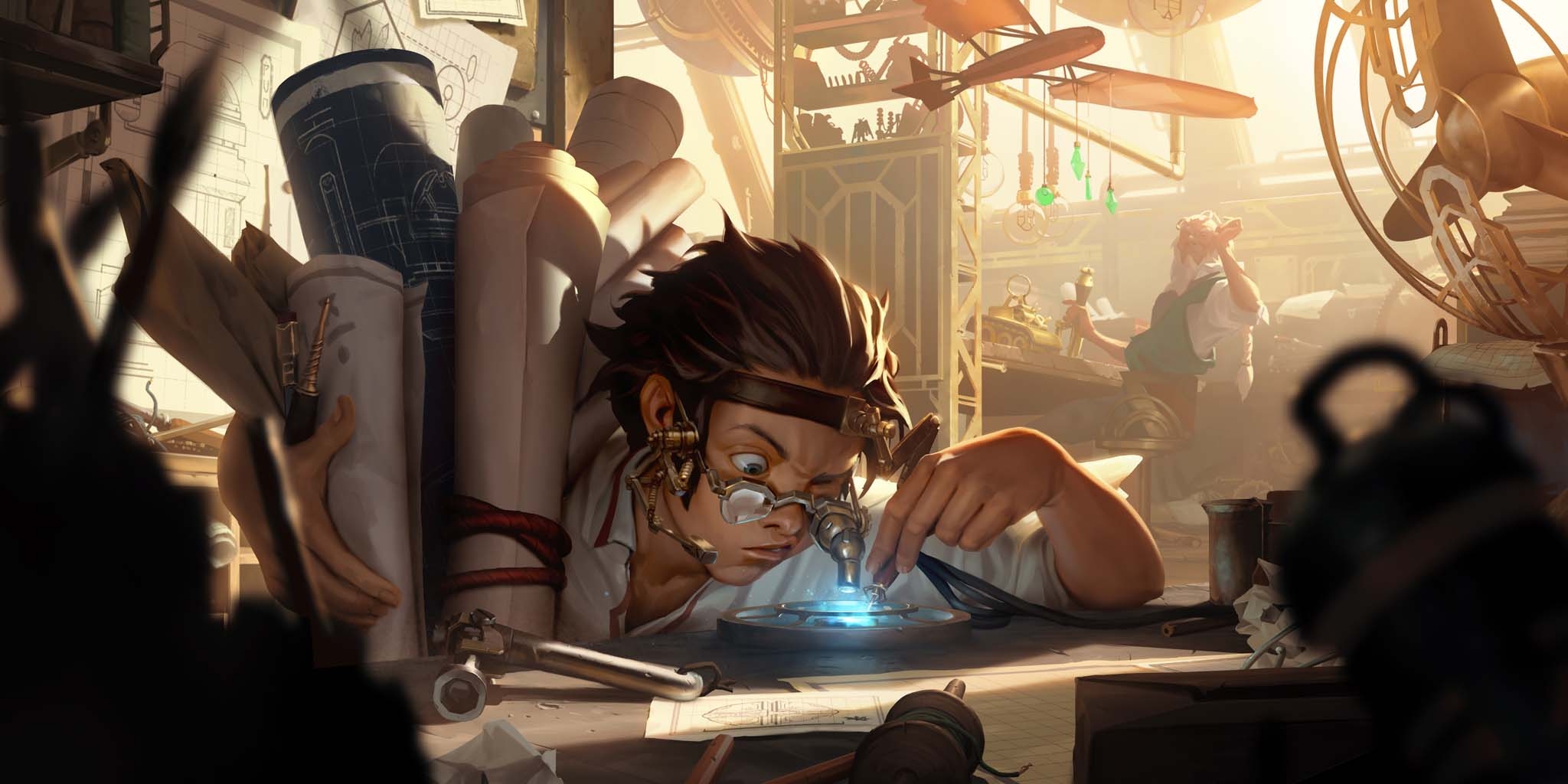 Each GAT at Riot functions differently based on the needs of their game. On LoR, we drew on the experience of our QA senpais and framed our work through the lens of Risk. We worked to determine what would provide a healthy and fun player experience, and then did our best to evaluate what might put those experiences at risk. As the team matured, we identified and refined many areas of potential risk, a few of which can be seen below:

Once we are able to identify and quantify these risks, we use them as tools to deliver feedback to the design team and evaluate the state of a given set for the production team. As a result, we are able to mitigate risk and make sure we are making the best trade offs we can. It is worth noting, we never aim to remove risk completely. If you’re not taking some chances, you’re likely creating a boring game. Our job is to make sure we take the right chances for the right reasons. 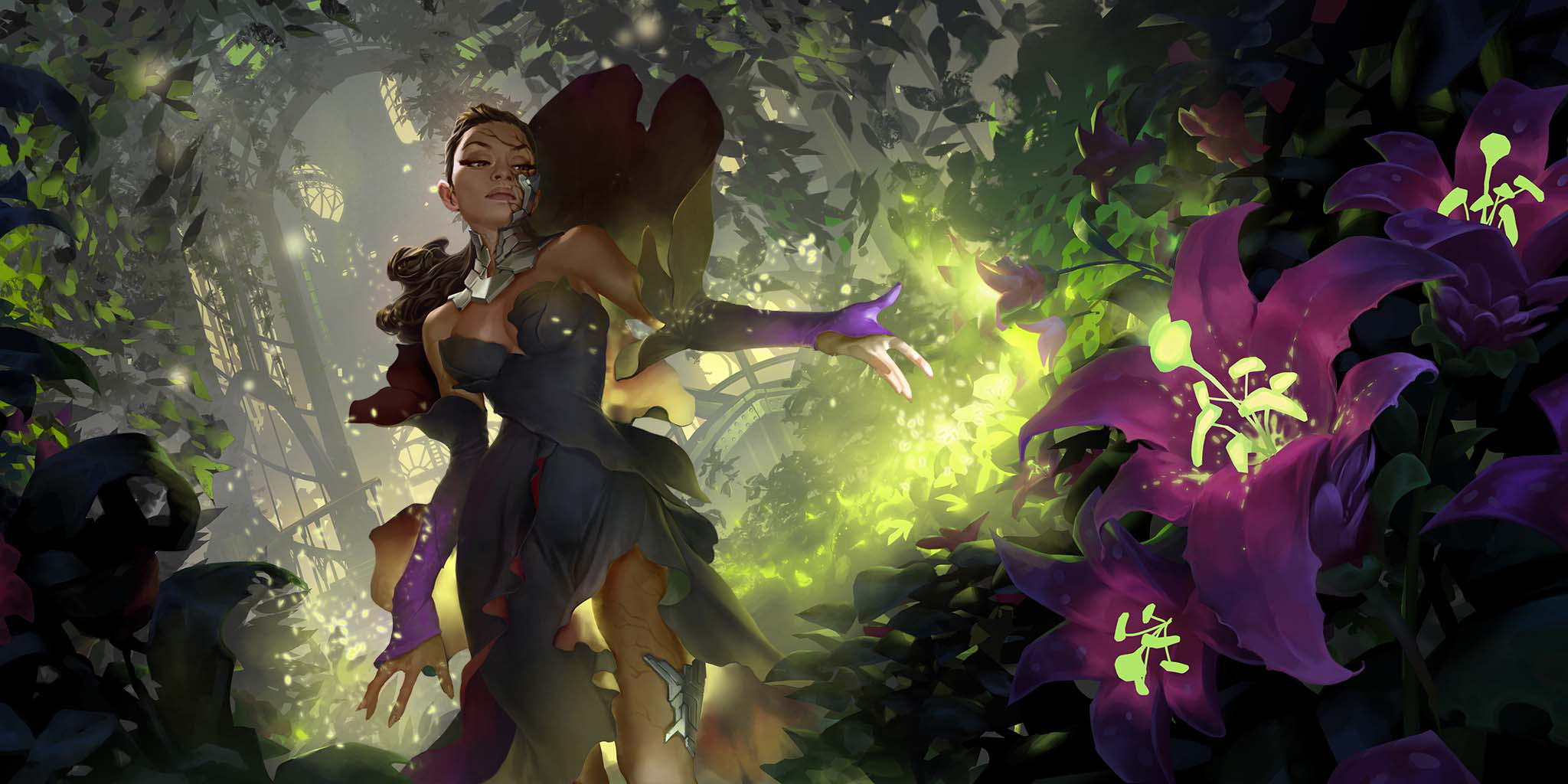 A Game Analysis masterpiece taught to us by League of Legends GAT comes in the form of a Risk Analysis Matrix:

In true Corina Veraza fashion, this is a GAT magnum opus. It takes a lot of highly subjective areas and uses the magic of test cases and spreadsheets to turn them into objective, evaluable numbers. This one is a snapshot from Norra’s late stage design. As you can see, at the time her core design was working well. She was doing most of what she does today, with the main difference of having the level up quest “You’ve drawn X Boons this game.”

While we liked the idea of Norra and Bard combining their Boons and working together, the Risk Matrix helped us realize the play pattern was being forced to their detriment. The deck building constraint, plus dissatisfaction of Chimes being unable to hit Portaled units, led to design separating the two and giving Norra the more open-ended created unit quest she has today. 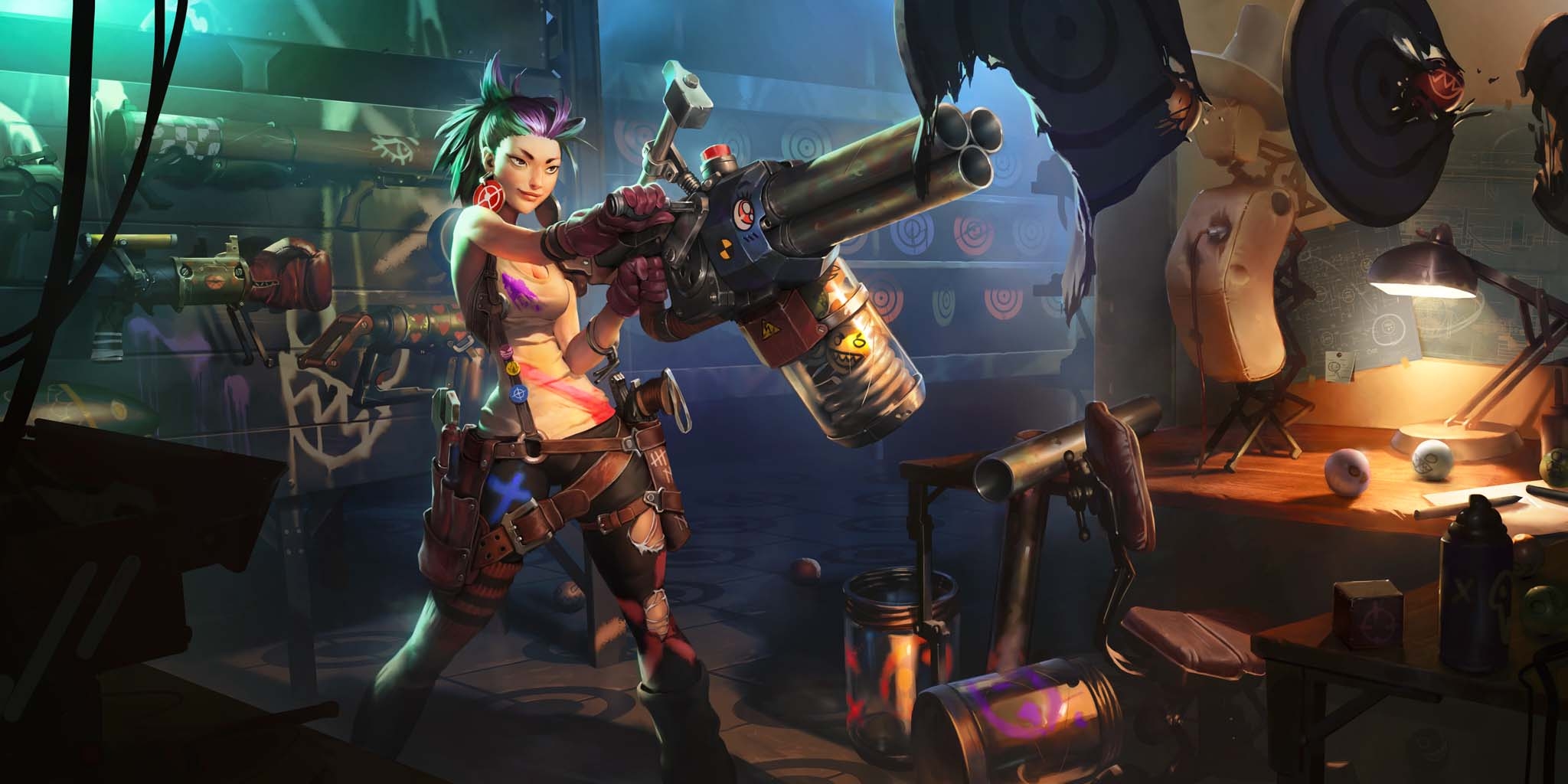 One of the biggest strengths of GAT is using our experience and subject matter expertise to assess things quickly, lowering the amount of time required for in depth testing. I’ll never forget, in my first few weeks of joining the team, the lead designers of the “Rising Tides” expansion were showing me the card file and put this menace on the screen, indicating it as a death synergy card for units like Cursed Keeper:

Putting aside the oddity of an Elusive unit in Shadow Isles, my GAT brain and experience from all the card games I’ve played in my life immediately kicked in and I said:

“I don’t know how yet, but I feel like I can break this card.”

After the meeting, I went back to my desk and searched for cards with death synergies. Within ten minutes I had put together a deck where Neverglade Collector and Tryndamere were the only units, so Collectors would chain summon and kill each other until ultimately summoning Tryndamere, “killing him” and leaving you with a level 2 Tryndamere. It was unclear how good the deck was overall, but the experience was sharp. Making a level 2 Tryndamere on round 3 was something we knew was unacceptable, regardless of the amount of suboptimal cards you had to put in your deck to do it.

From that point, we could have tried to change the current Collector design. Make it cost more, make it a Play instead of a summon, put restrictions on what it could summon, etc. Any tweak we thought of felt like it left the card reading awkwardly, didn’t actually address the problem, took too much excitement away, or still left the card as a risk for future designs. Ultimately we pivoted to the Neverglade Collector we have today as a much safer design space that still pays off killing your own units.

This sense of danger has led to rigorous testing around things like Protective Broodfather or Eternal Dancers combo decks to make sure they are just the right level of spice. Exciting and achievable, but not so potent as to be oppressive.

Using intuition to sniff out problematic designs like this early saves the team a ton of time and protects the live player experience. Although intuition is great to get the ball rolling, we always make sure to use it as an indicator to investigate further and validate our ideas with thorough playtesting. GAT uses this intuition to help rapidly iterate aspects of LoR like cards in development, live balance patches, and PvE spaces like Path of Champions.

Ironically, sometimes this intuition means identifying that we DO NOT know something. While our deck building skills are strong, they pale in comparison to the player optimization hive mind that can churn out more games in a few hours with a champion or mechanic than we can in all of development. We never want to shy away from bringing ambitious and novel content to players, but contingency planning is a must in case we miss the mark in either direction once it goes live. 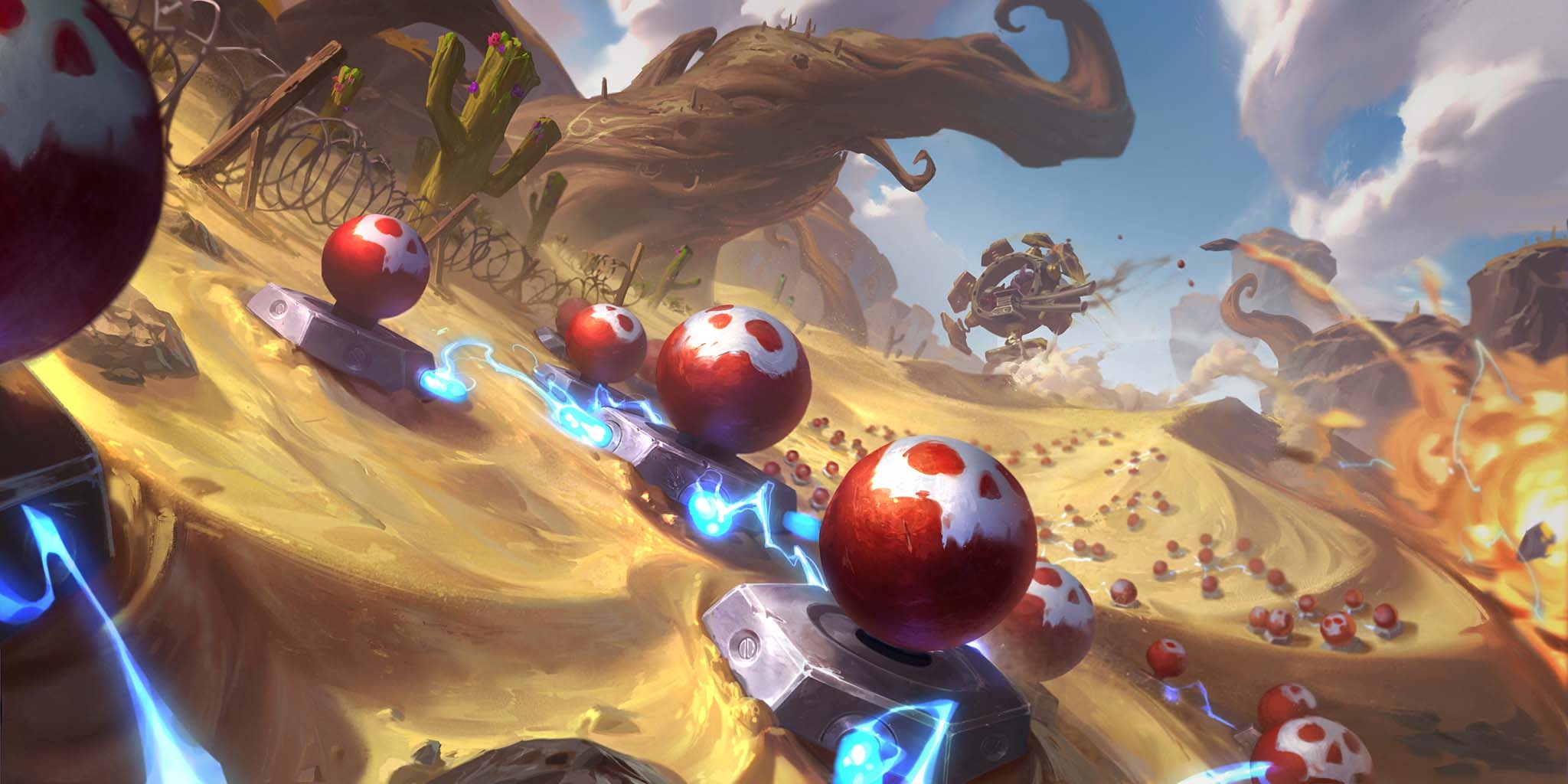 As we worked on LoR we realized how necessary it is to closely tie together GAT and design—especially in the CCG genre. With that in mind, myself and Aaron “Runeclaw” Barich have joined the design team directly and are exploring how to incorporate Game Analysis best practices directly into the design pipeline.

If you want to learn more about GAT check out this awesome article from League GAT here!