Step into the spirit realm—the Spirit Blossom festival begins now! Patch 1.6 also contains the latest card balance updates as well a new board and our very first deck bundle available in the store.

When designing and balancing LoR, we strive to set players up to dictate the metagame by giving them a variety of tools to adapt to and solve novel challenges. While we’re seeing a healthy range and diversity of different decks being played, certain pervasive archetypes (Elusives / Ionia control, Heimerdinger, Noxus-based aggro) have proven too consistently powerful in a way that’s limiting meaningful decision making both in and out of game. Left unchecked, this restricts deckbuilding choices, crowding out poorly positioned strategies and inhibiting players’ ability to adapt over time.

Several of the changes you’ll see below are targeted at powering down these archetypes in specific ways. While we generally reserve nerfs for decks that cross win-rate thresholds, this patch we’re making adjustments to cards (and strategies) that may not be statistically overpowered, but represent pervasive health risks. By weakening them, we hope to unlock a wider range of consistently viable archetypes.

In a similar vein, this patch also includes tweaks to several discard units aimed at increasing their satisfaction and usability, and providing a more varied foundation for the archetype. Let us know what you think!

Patch 1.6 brings with it the Spirit Blossom Festival, a month-long thematic experience featuring a new Lab, event pass, special quests, and a ton of new personalization items. For all the details, check out the dedicated preview article. 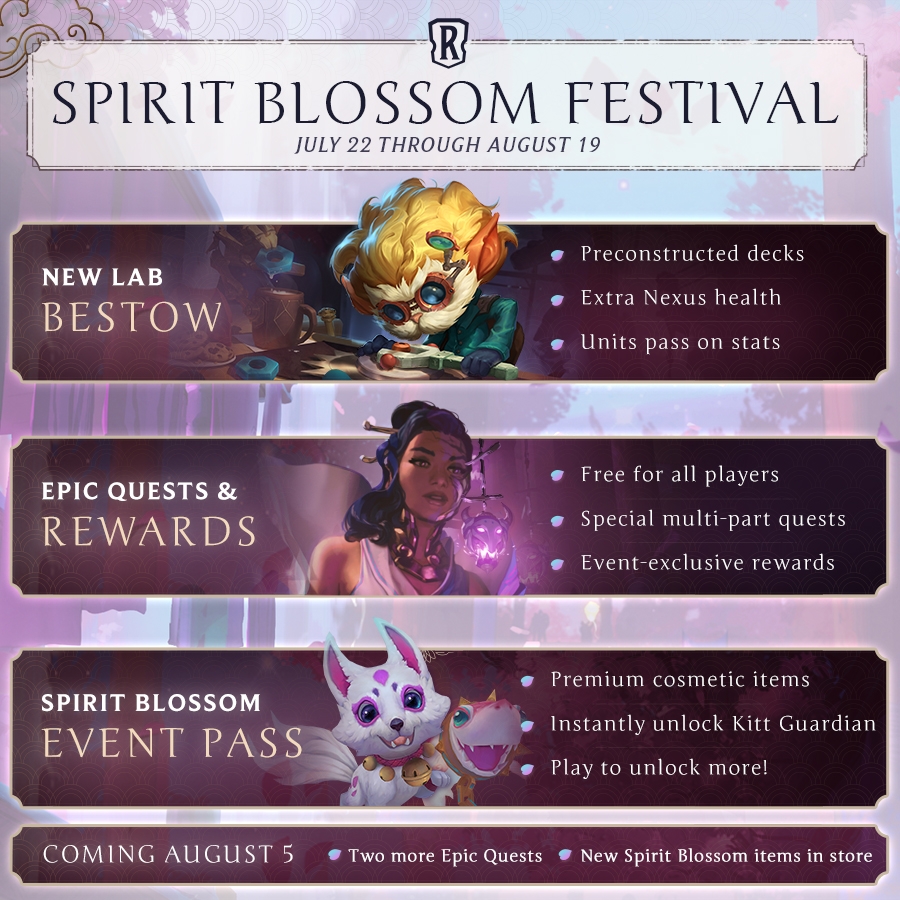 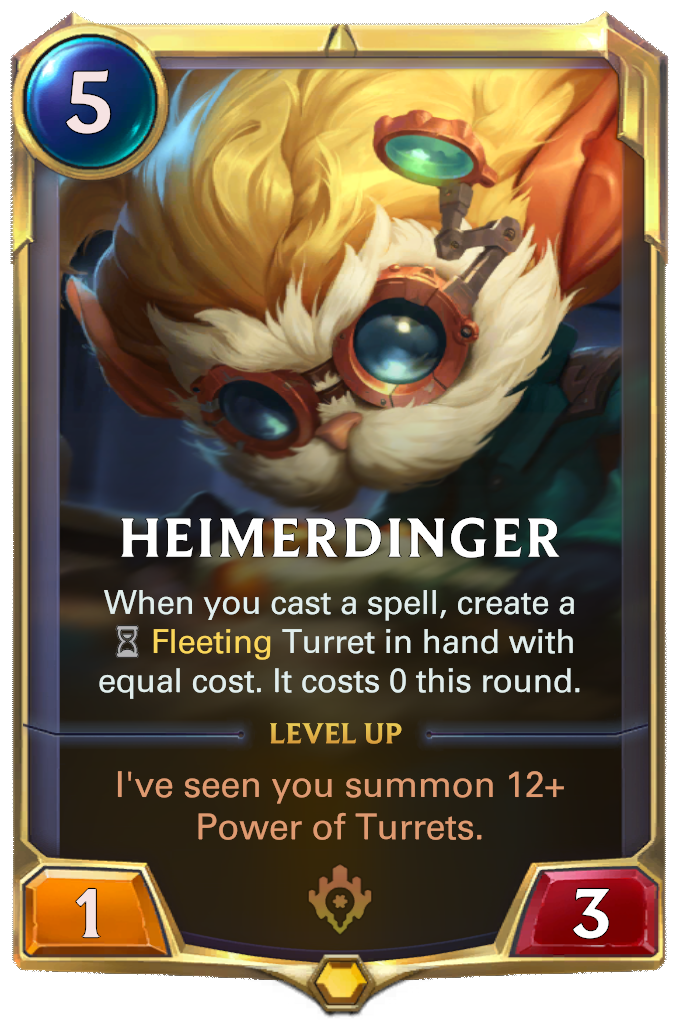 Elusive was a particularly decisive keyword for Heimerdinger to have access to at three mana, creating frustrating gameplay when spammed and giving Heimerdinger decks too much speed and consistency in executing an often uninteractive win condition. We’ve adjusted several of Heimer’s turrets to more smoothly escalate his ability to create evasive threats and to better incentivize casting more expensive spells. 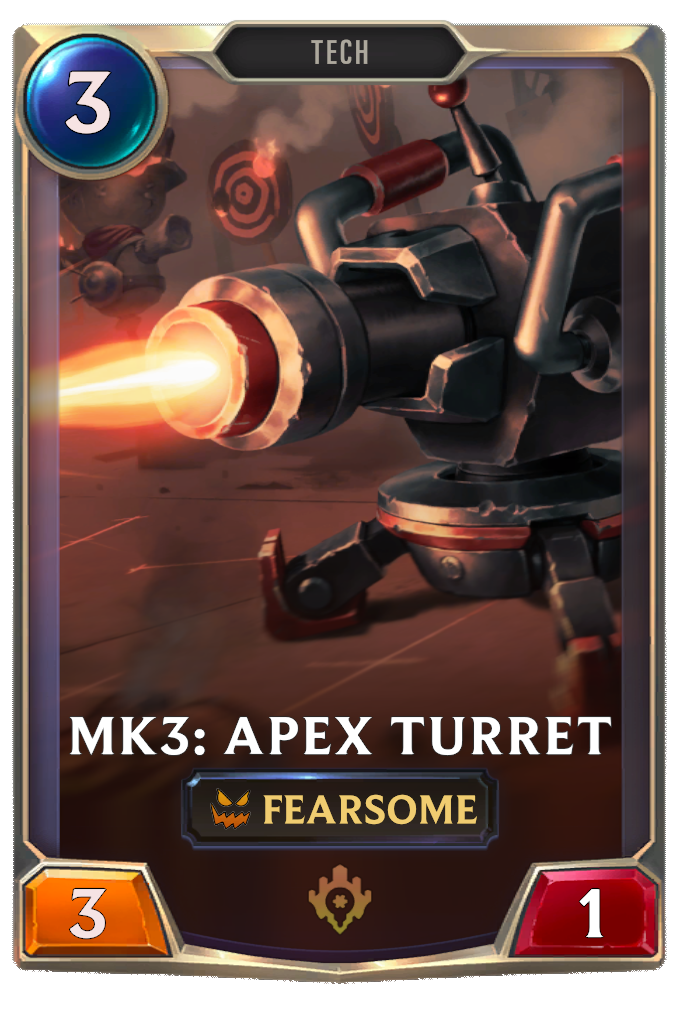 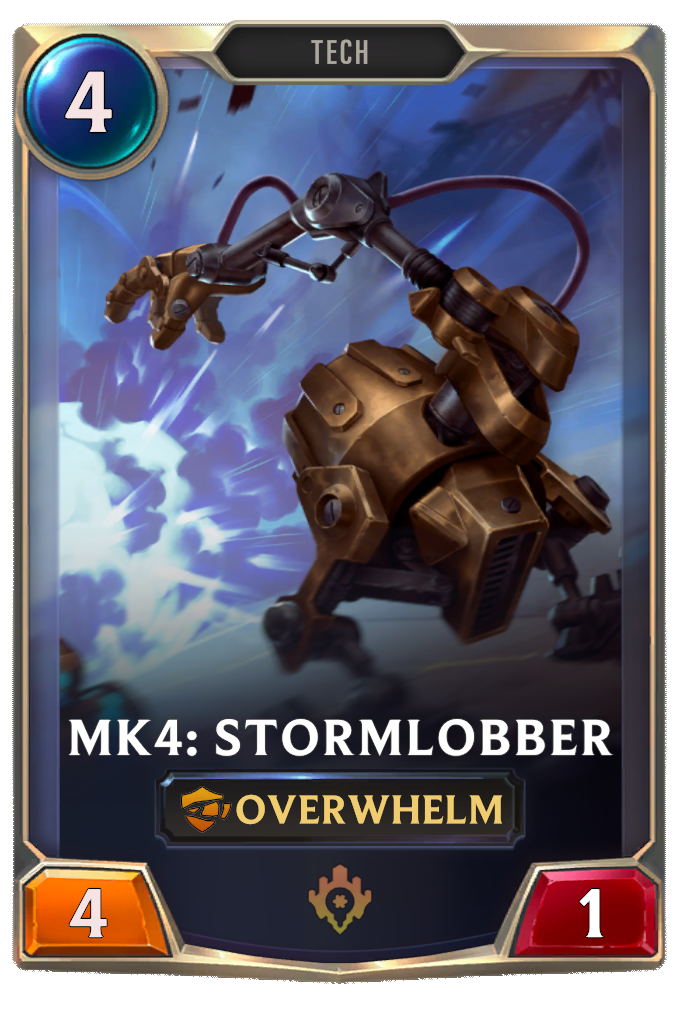 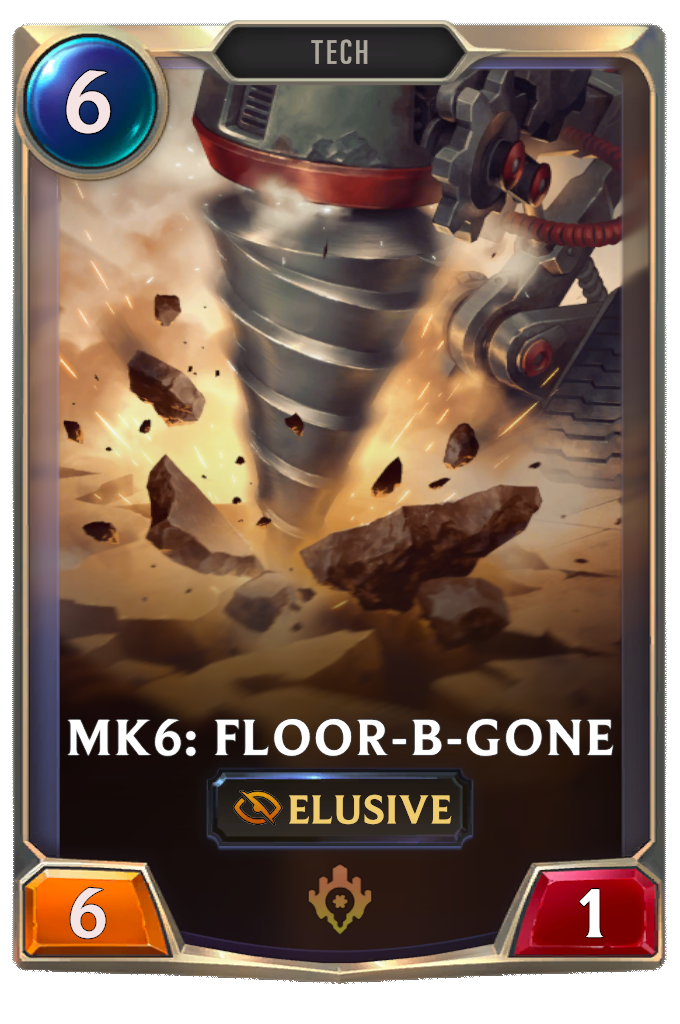 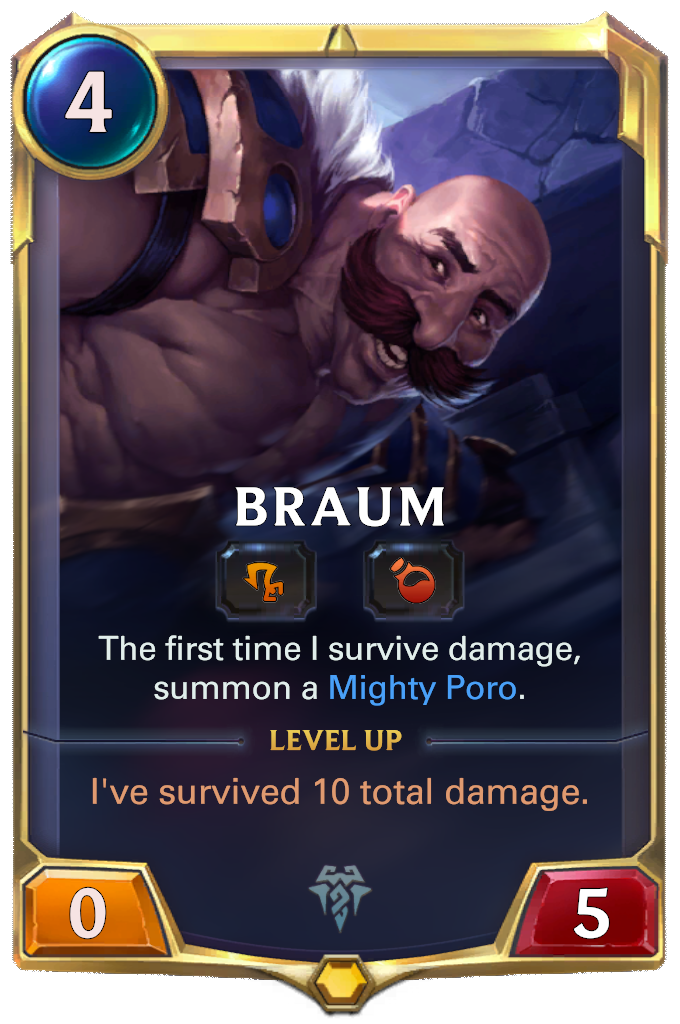 Overall we’re pretty happy with the results of the Braum rework in patch 1.4—together with the changes to Anivia in 1.4, they’ve provided more viable Freljord champion options and made the region more generally playable.

When making the changes to Braum, we did err on the side of pushing his power level to make sure his rework was definitely an upgrade and leave ourselves room for adjustment if he proved too powerful. In particular Braum’s one power baseline led to certain very sharp matchups while providing strong all-around value, so we’re moving his base power back to 0 (and reducing it at level 2) to make him less capable of immediately seizing control of games. 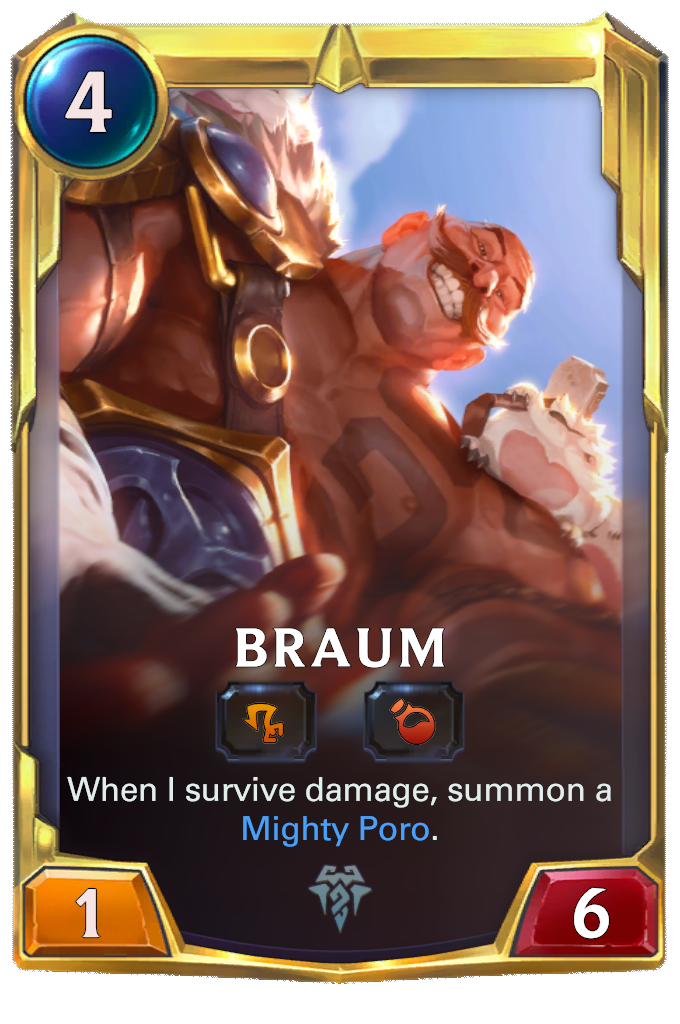 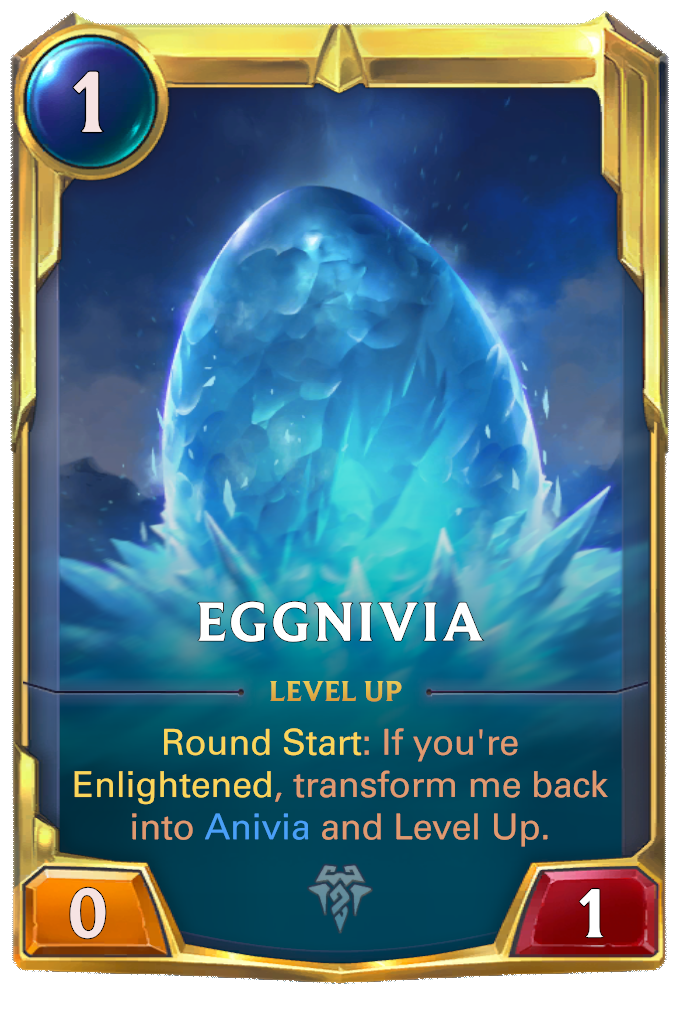 Anivia and the Freljord are in a better spot since her changes in 1.4, but like Braum, we want to follow up our initial changes in the interest of long-term gameplay health. At her new lowered cost, “copy Anivia” strategies are significantly easier to pull off, which we want to better balance with increased fragility and opportunities for counterplay, particularly for slower decks looking to interact by removing Anivia. 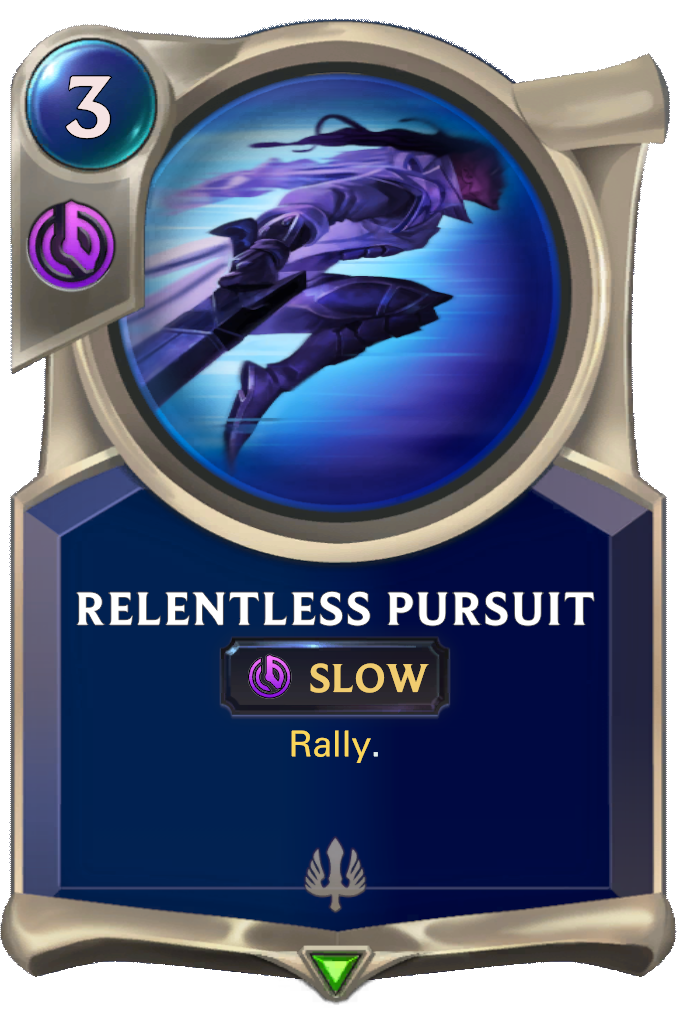 We’ve actually wanted to make this change for some time—Rally is generally intended as a Slow-speed effect—but it is a nerf regardless of design intent, and other Demacia changes have previously taken precedence. Relentless Pursuit is already very often cast at “Slow” speed, and could be overly potent or confusing when used in response to a round-opening spell or unit Play effect, or during combat. 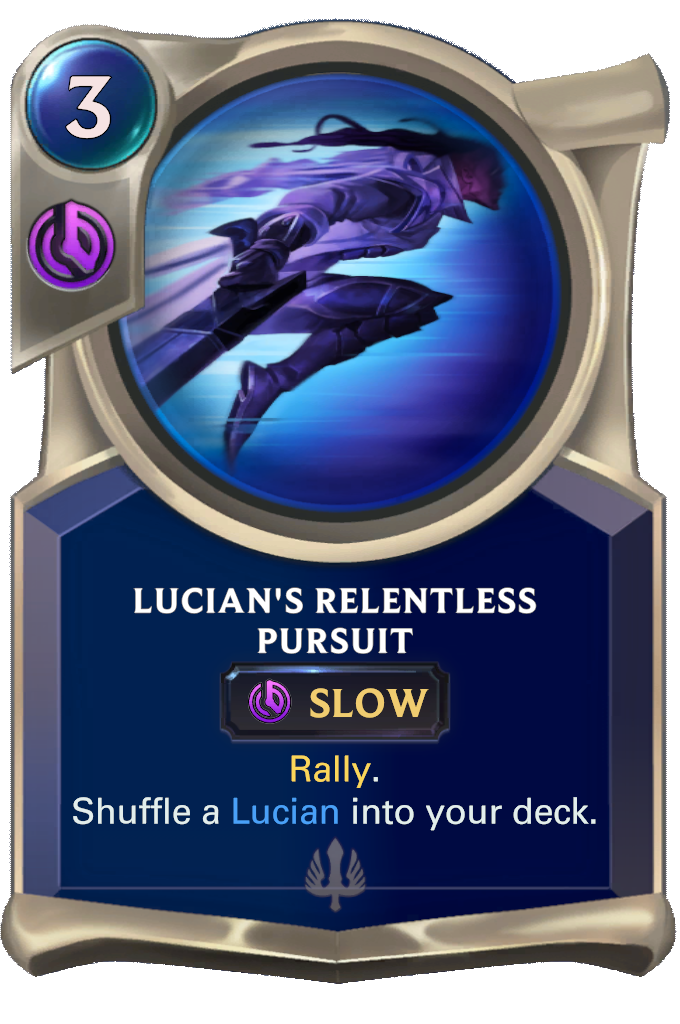 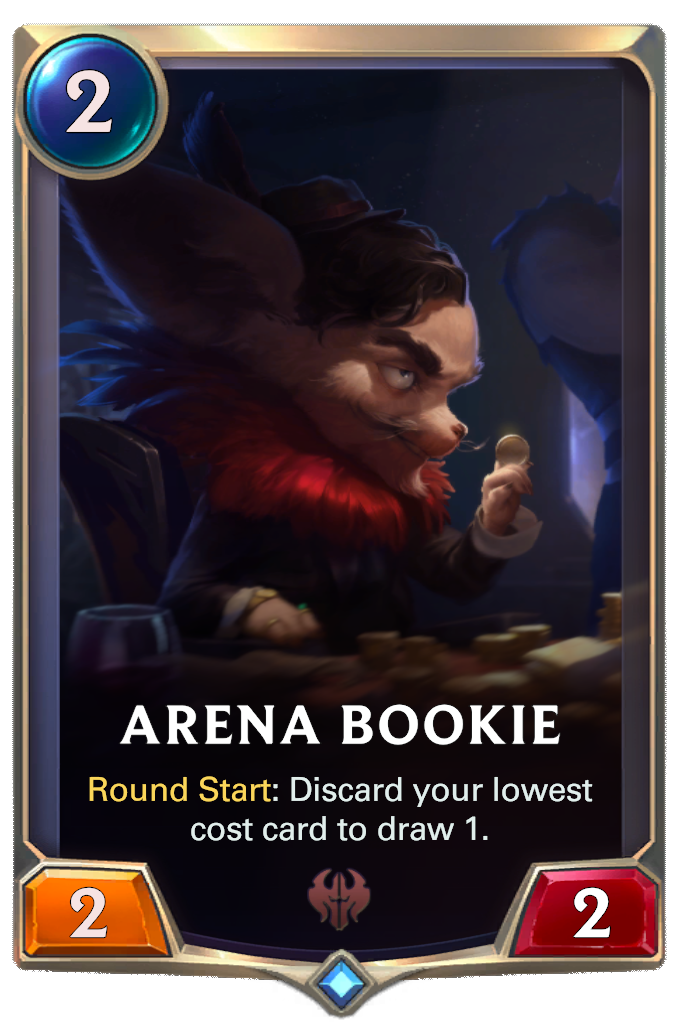 With the adjustments to other Noxus two-drops and Sump Dredger’s cost change (all detailed below), Arena Bookie now has a much more realistic home at two mana, and is an opportunity to give Noxus some more power within more synergy-driven strategies. 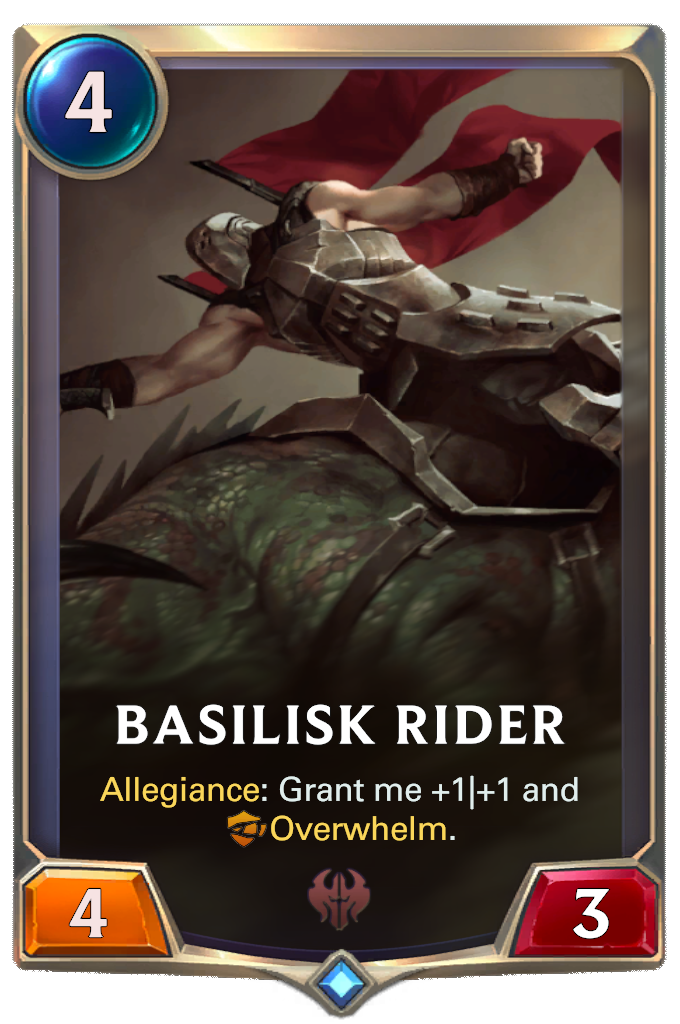 While we like that Overwhelm-based Noxus decks are in a better spot, Basilisk Rider is simply over-performing since the bump to its health in 1.4, and we’re making a followup adjustment to rein in some of its newfound strength. 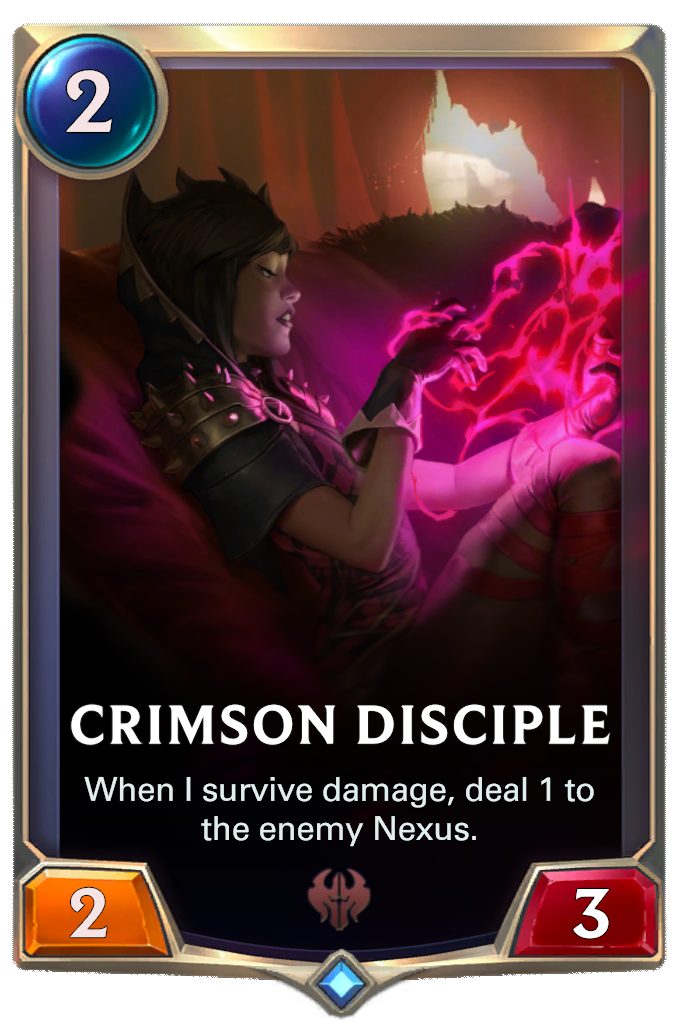 Several cheap Noxus units are both effective plays on curve and have Nexus damage effects that make them powerful reach tools in the late game. This lets Noxus get ahead early while following up with a ton of close-out potential, providing a level of consistency that places significant strain on the rest of the metagame. By weakening some of this late-game damage potential, we hope to unlock other strategies by giving them more breathing room in stabilizing versus Noxian aggression.

Crimson Disciple is a particular culprit, and reducing her damage output should both allow more favorable exchanges when interacting and reduce her combo potential. We’ve also reduced Legion Grenadier’s Nexus damage with similar intent, while also buffing its health to provide additional flexibility. 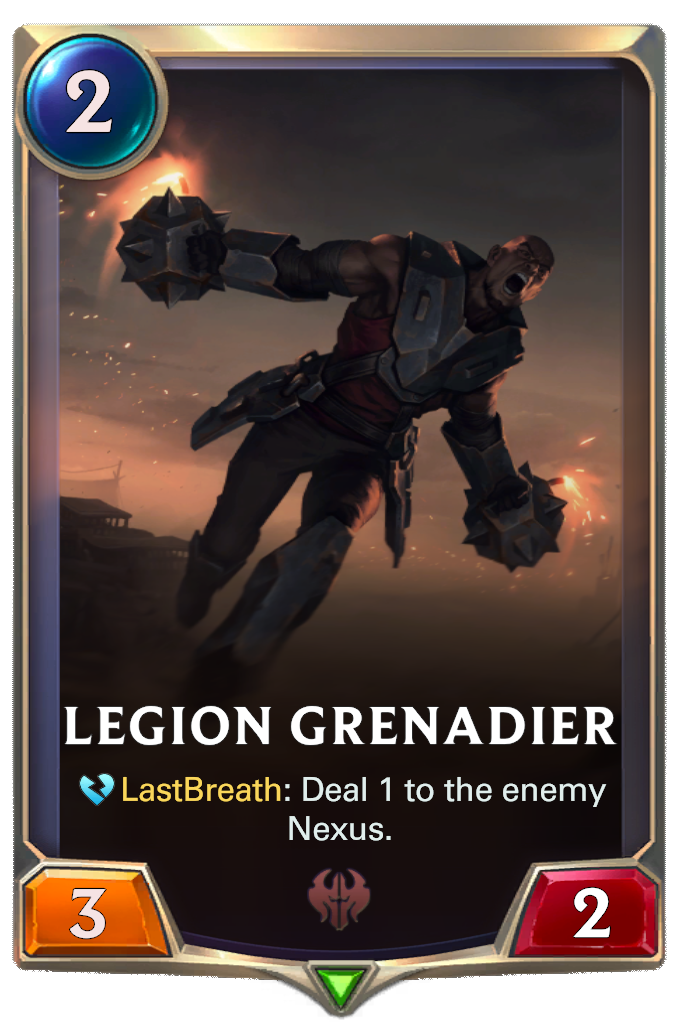 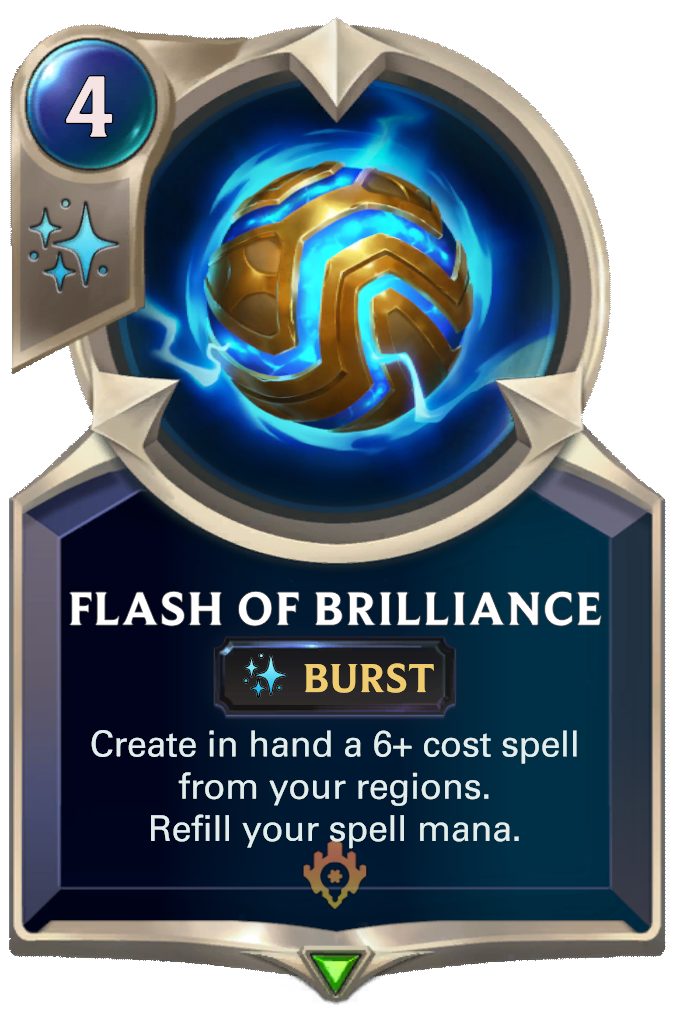 In the past, we’ve adjusted Flash of Brilliance to make it more satisfying and effective when used with Heimerdinger, but the potential to create multiple free 3|1s (regardless of keyword) without windows for interaction has proven to be an environment-warping effect over time.

This change means Flash will always have a cost and adjusts how it interacts with Heimerdinger’s new turret progression, creating Overwhelm turrets that allow greater opportunities for counterplay through blocking. 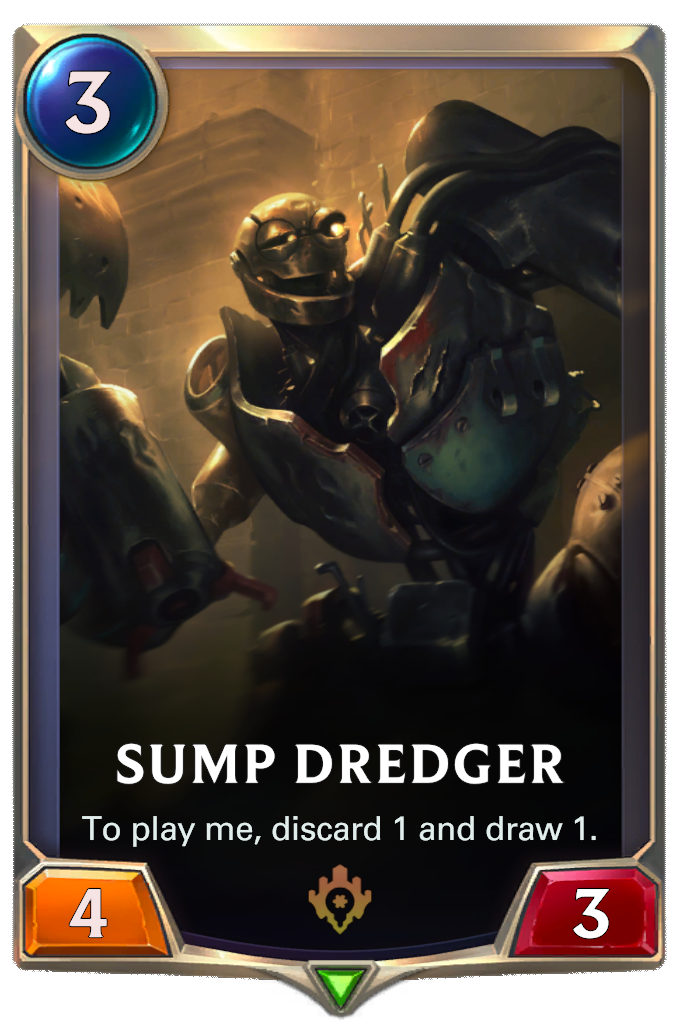 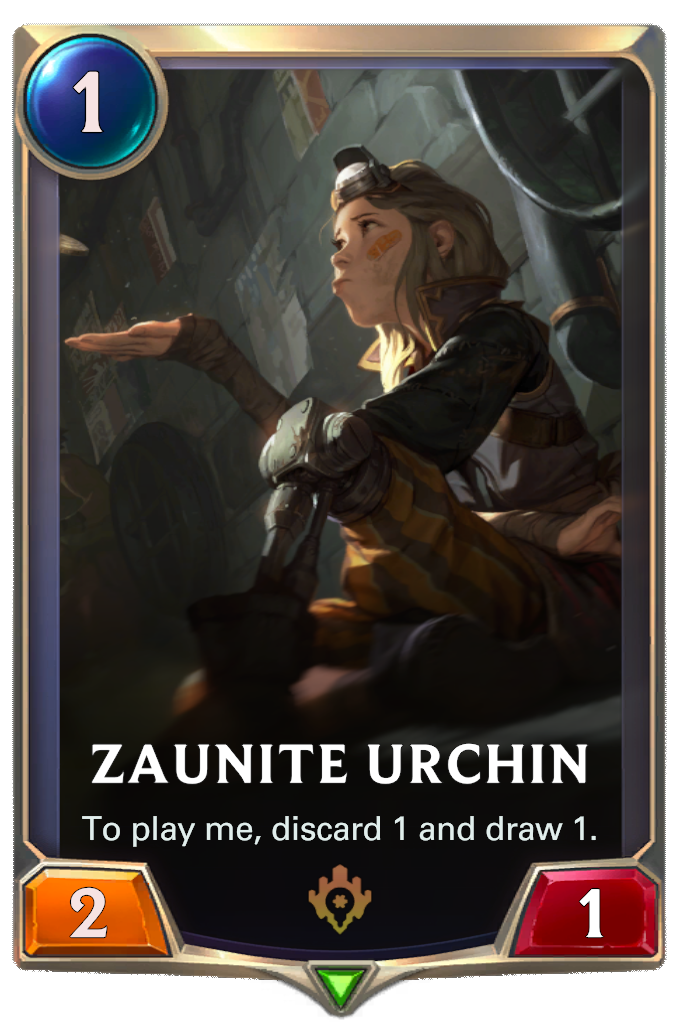 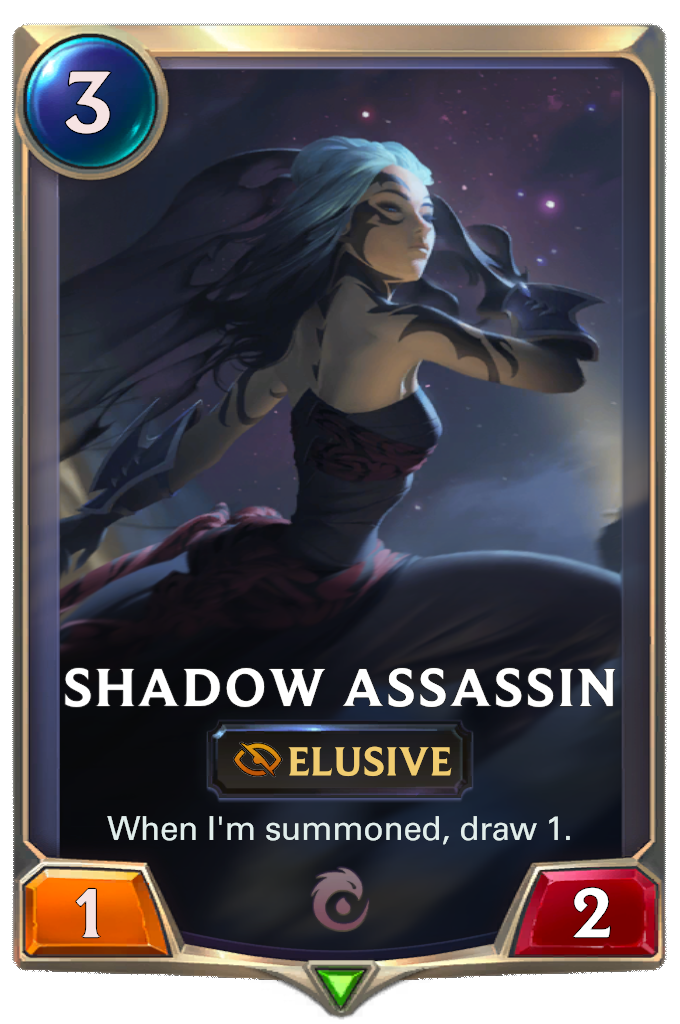 Shadow Assassin has been a near auto-include across many Ionia decks for some time, as a consistent utility piece providing card advantage, defense, and the ability to steal games with Elusive attacks. She provides significant power and resilience to Elusive strategies while also being an ideal tool for slower Ionia decks, and is ultimately over-represented in a way that’s limiting options. This change preserves some of her aforementioned strengths while lowering her aggressive output. 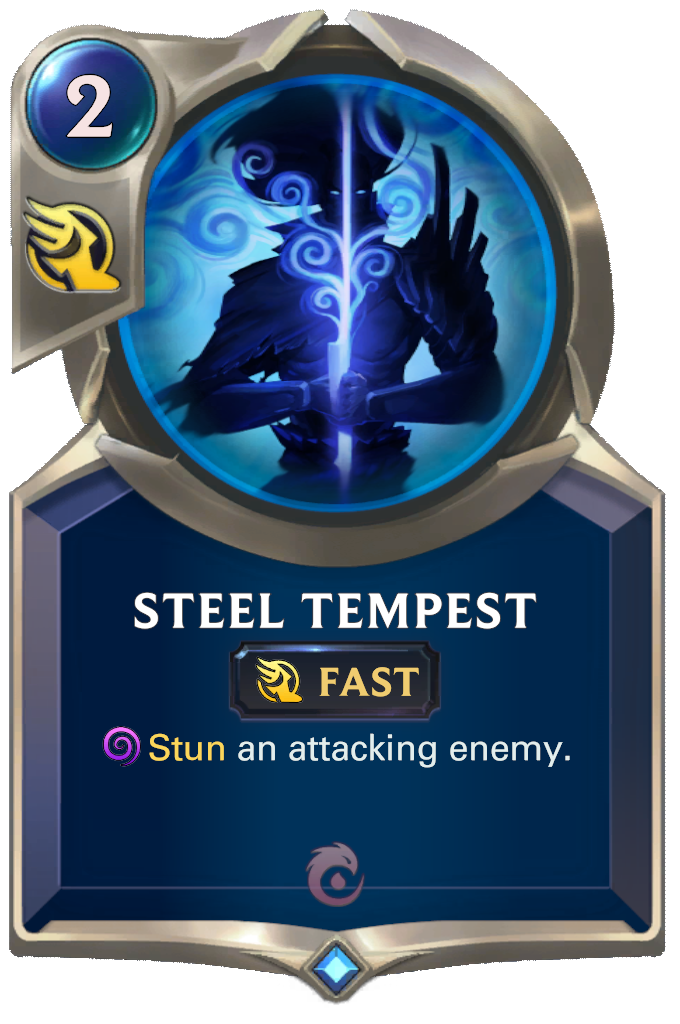 We want to give Ionian synergy cards some love in the wake of core Region nerfs, and make Steel Tempest a more appealing option for control and stun-based Ionia decks. 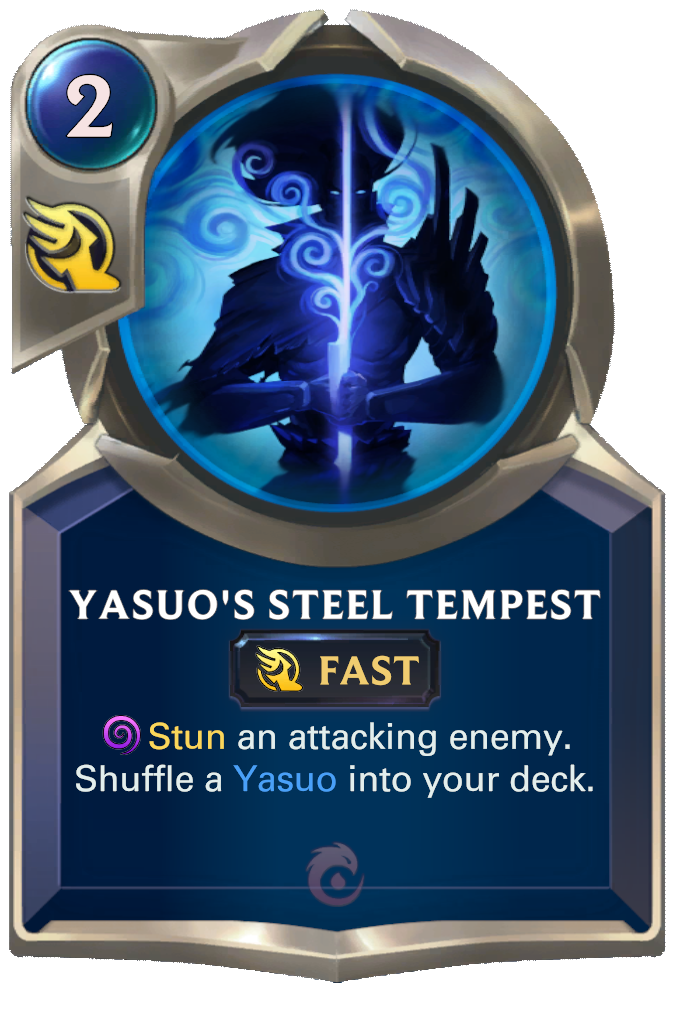 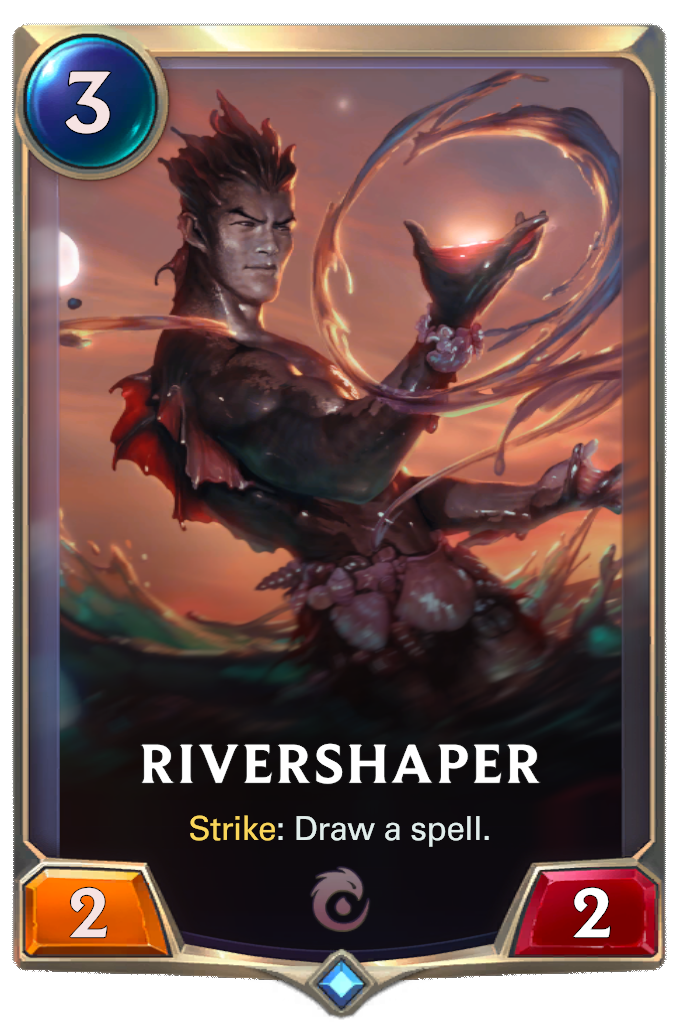 As mentioned with Steel Tempest above, we’d like to boost Ionian synergy cards to partially balance other nerfs, and Rivershaper was too fragile to realistically chase the dream of multiple procs. 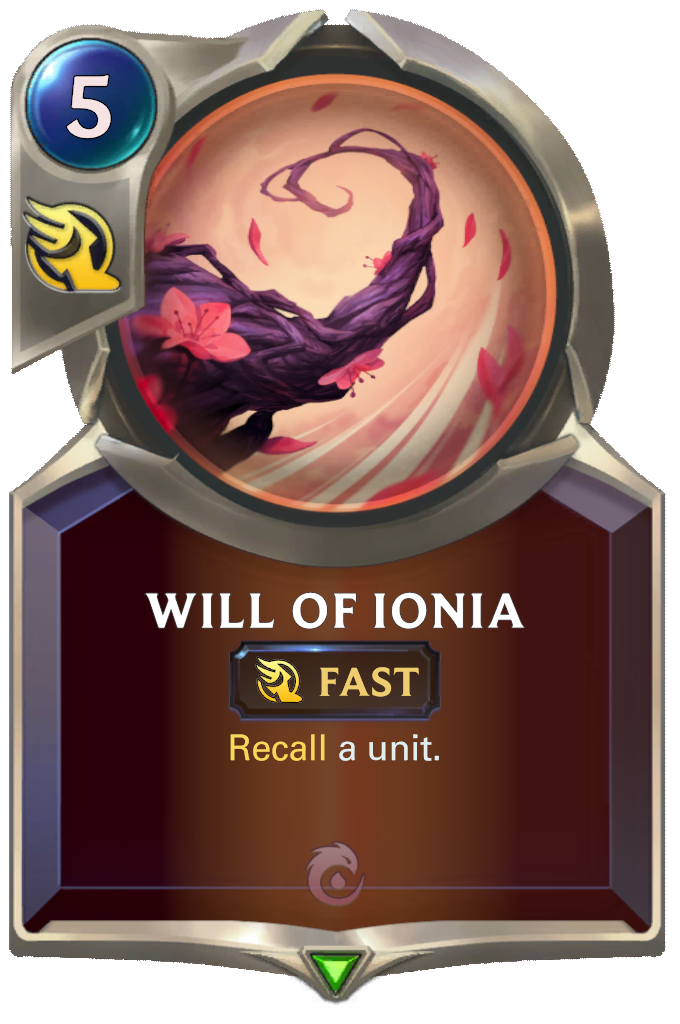 Will of Ionia is a staple spell that provides Ionia decks a great deal of interaction and utility. Like Shadow Assassin, it’s an extremely common card across multiple Ionian strategies, and is especially powerful in both Elusive and control-based Ionia decks. Its ubiquity and efficiency restrict a variety of Champions and strategies across the meta, and lowering that efficiency should open up more options both for Ionia decks and those playing against them. 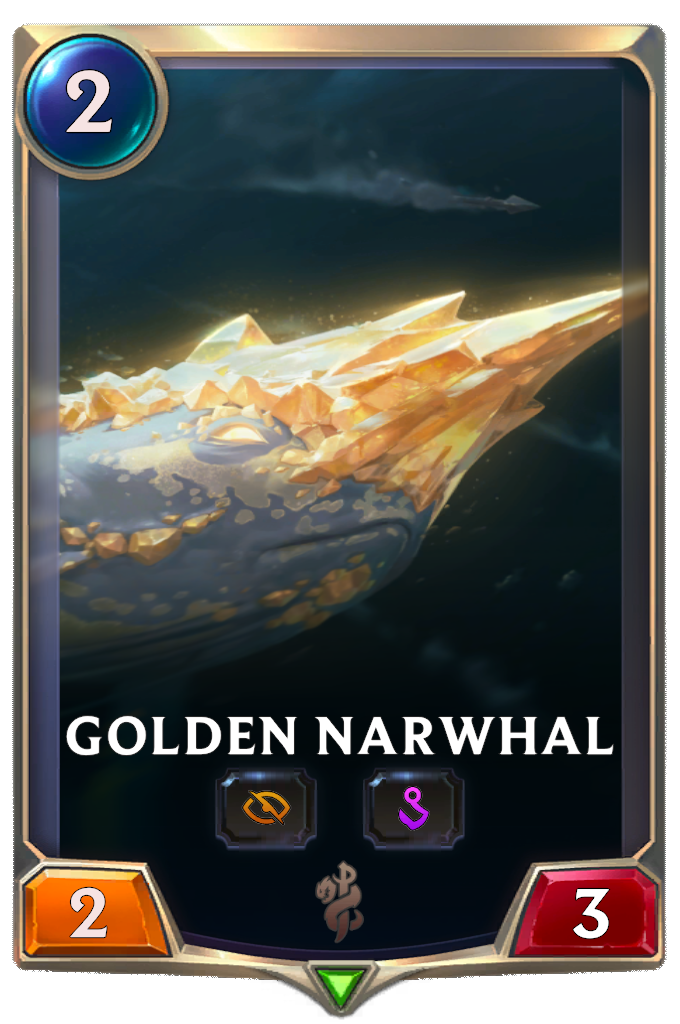 The Narwhal’s drawback was too much to overcome for its cost in most decks—this change streamlines it as more of a niche option, and helps facilitate the accompanying change to Hunting Fleet. 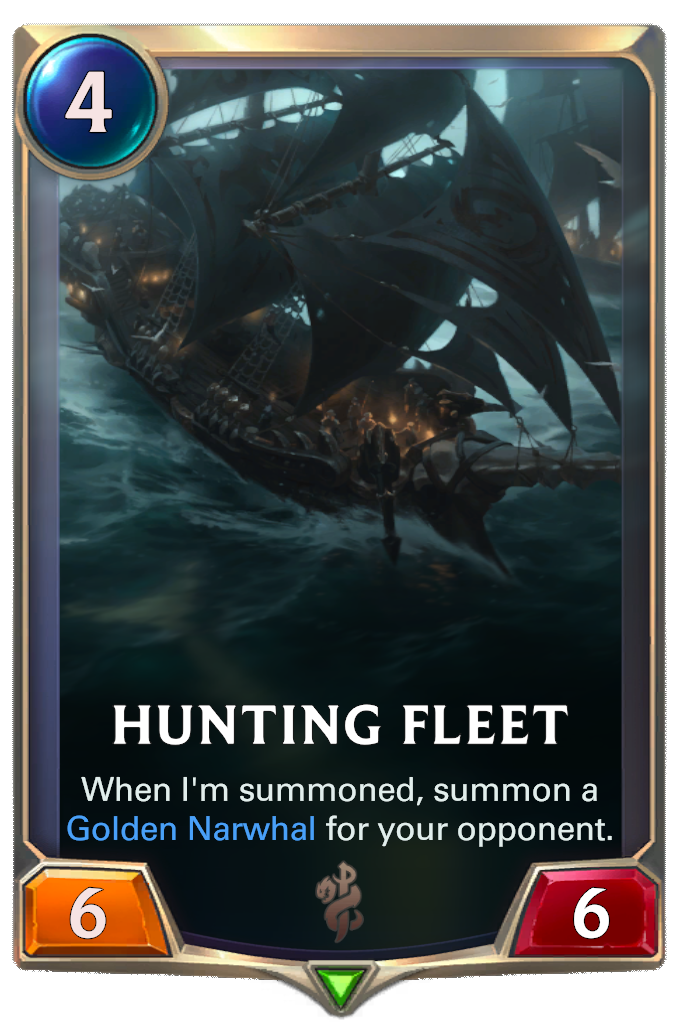 Hunting Fleet was simply too costly and slow for its value proposition, so we’re moving it down the curve.

In addition to a ton of new cosmetic items available through the Spirit Blossom reward path & event pass (details in the dedicated preview article), we’ve also got a new Spirit Blossom-inspired board hitting the store this patch.

Our first Epic-tier board, the Festival Shrine immerses you in the world of Spirit Blossom with tappable interactive elements and unique reactions to gameplay, and is available in the store for 1290 Coins. 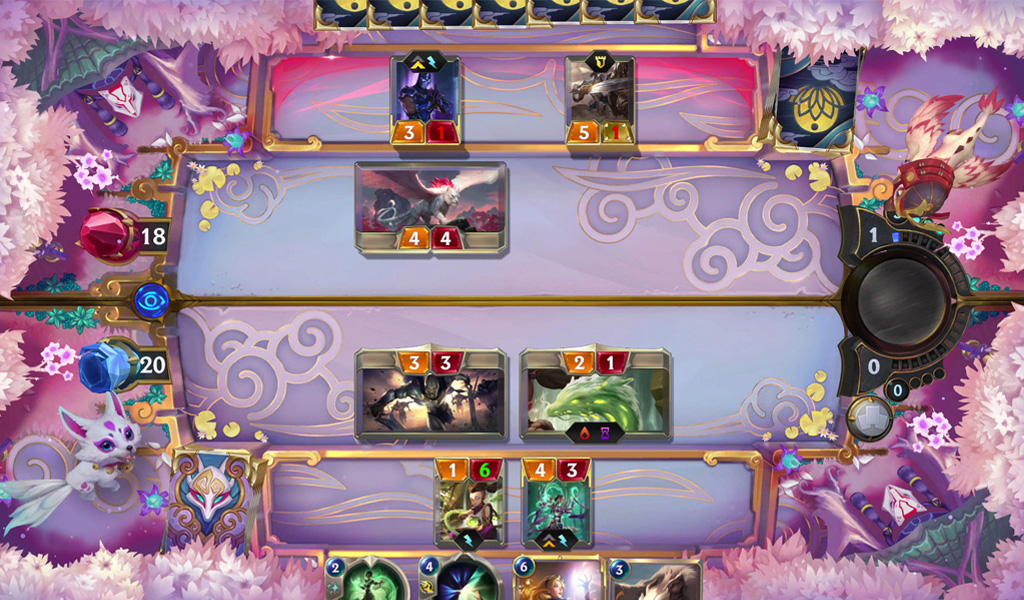 A place for those who sojourn with spirits.

We’re also adding our first deck bundle to the store—Relentless Raiders. Broadside your opponent with this ready-to-play Plunder deck, available in the store for 1962 Coins (prorated for any excess copies based on your existing collection). 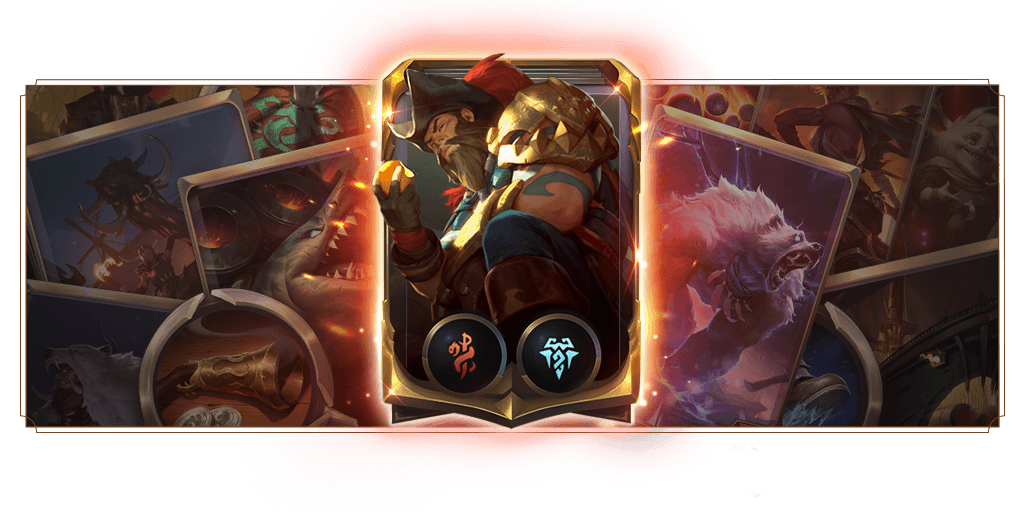 We’ve got lighter updates for Expeditions archetypes this time around, mostly based on this patch’s balance changes but with a minor theme of reducing Freljord’s access to beefy Overwhelm units, as the region has been overperforming.

Terrors from the Deep