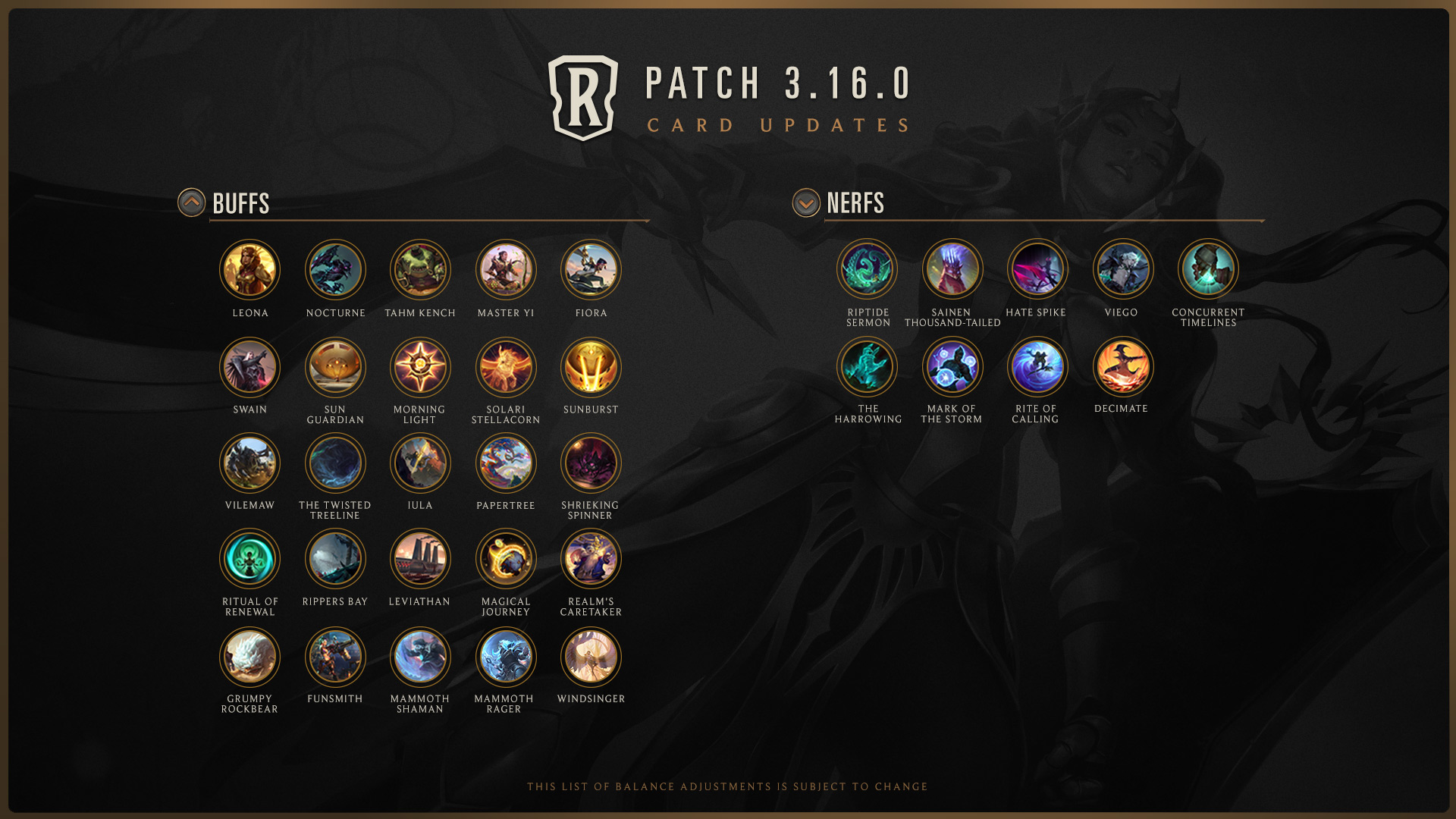 Editor’s Note: A Small peek behind the curtains! Our designers are working until the last wire tuning things to ensure we hit the meta with the strongest swing possible, as such, sometimes they don’t make it on the image in time! TLDR: Illaoi and Ornn are on the buff list and Targon’s Peak is also on the nerf list.

The Darkin Saga: Domination does not contain a Seasonal Tournament, instead worlds will be right around the corner. The Awakening Seasonal Tournament will be the last chance to qualify for Worlds, and invites will be extended to the Top 8! If you still haven’t nabbed your spot, start training now!

Additionally, many players are eager to hear more about Worlds. We will release an article within the upcoming weeks with the first wave of details!