New Expansion – Guardians of the Ancient

Get ready to choose your fate in Legends of Runeterra’s newest expansion, Guardians of the Ancient! This expansion introduces a new keyword – Blade Dance – which can turn the tide of battle in your favor at any time, even without an attack token. Guardians of the Ancient adds 42 collectible cards, including three new champions – Zilean, Malphite, and Irelia.

Get it all when Guardians of the Ancient arrives in patch 2.7.0, which will be playable at approximately 11AM PT, May 5.

Over the past week, we’ve been steadily revealing all of the cards being introduced in Guardians of the Ancient, with Irelia cutting in for the final reveal earlier today. You can head to one of the galleries below to check out the full list:

Irelia, The Blade Dancer herself has graced the battlegrounds of Legends of Runeterra, and with her comes a new keyword – Blade Dance. Cards with Blade Dance summon a number of Blades, which immediately begin a Free Attack against your opponent. Blade Dance attacks can take place with or without an Attack Token, and doesn’t consume the Attack Token when it happens. A single Blade may not look like much on its own, but you shouldn’t underestimate the combo potential of such a versatile tool. 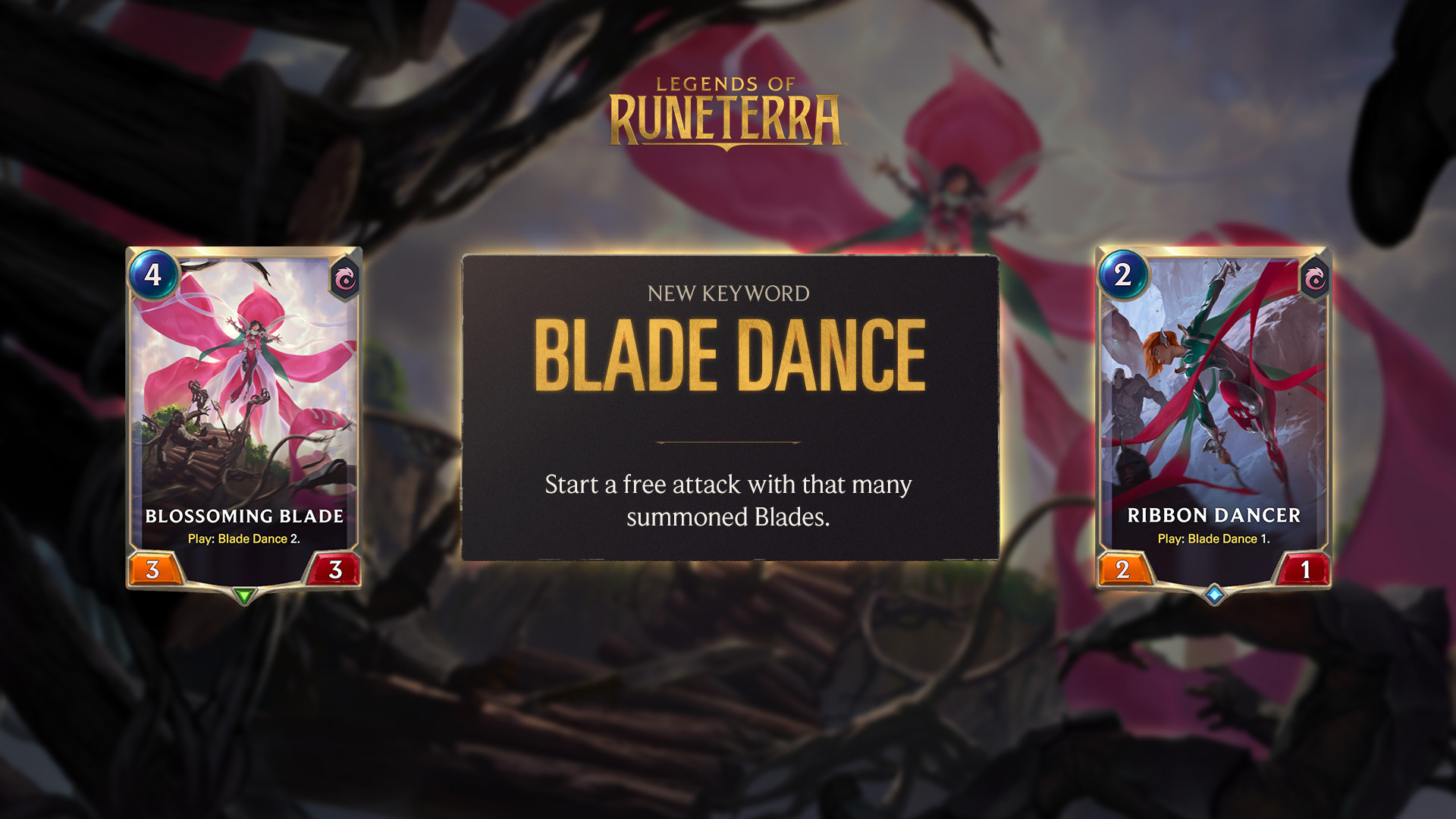 Two new challenges have been added to prepare for the new Landmark synergies and Blade Dance keyword introduced in Guardians of the Ancient.

Nasus Thresh decks have been thriving and consistently surpassing our win rate (55%) and play rate (15%) thresholds for what we’d consider healthy. We’re making small changes to the Shadow Isles portions of the deck that have continued to cause meta problems. For now, while Nasus is a clear powerhouse for the deck, we want to leave the power of Shurima intact. We are watchlisting Nasus so we can continue to monitor his performance while investigating potential changes to him in the future if he continues to overperform.

Shurima (along with Targon and Ionia) just got a little more vast. 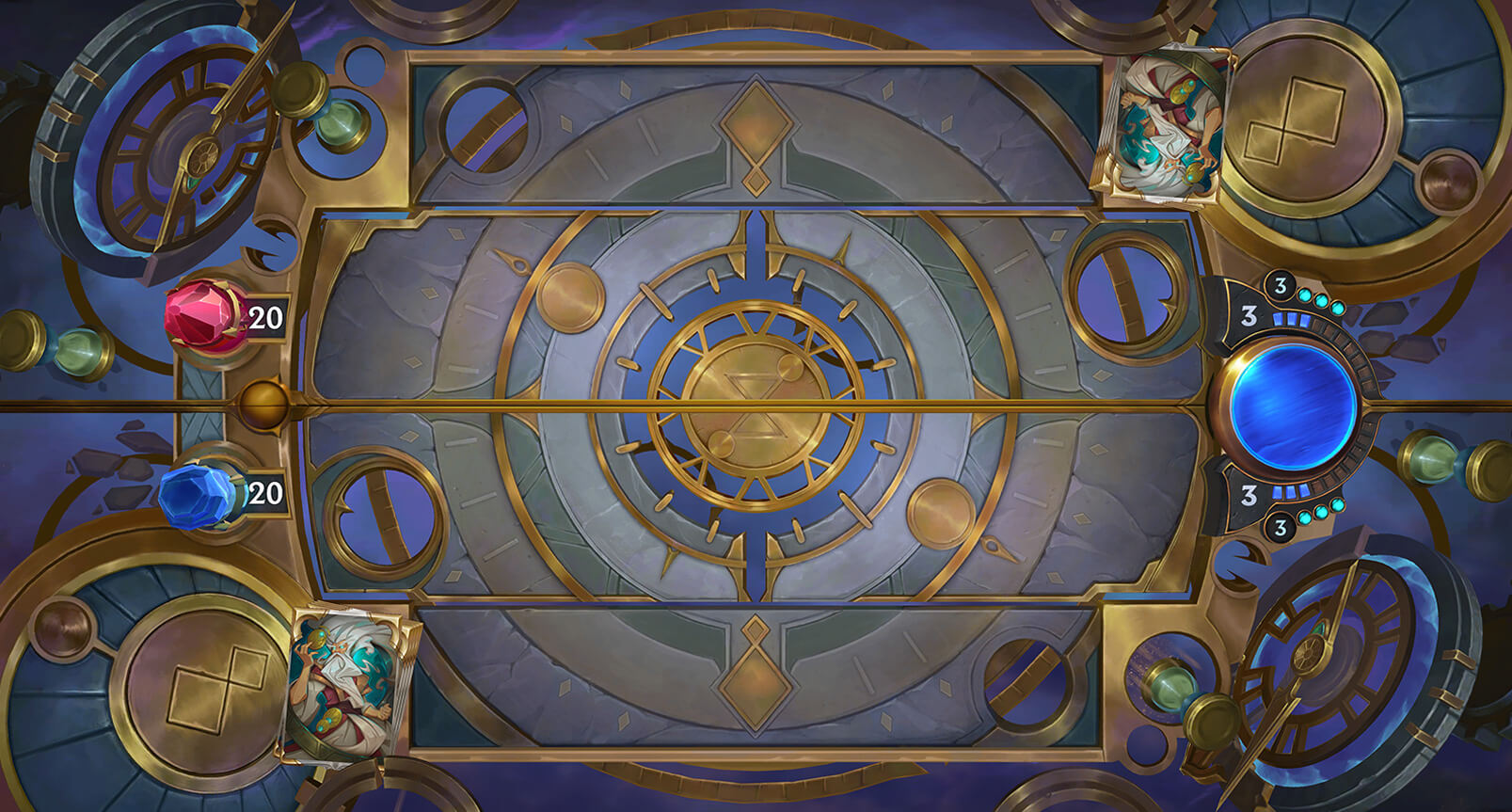 For legends who take fate into their own hands.

The most popular companion for legends with allergies.

Careful. If he wags his tail too hard, he could send us back to the Great Darkin War.

For legends who take fate into their own hands.

Your reputation will recover… eventually.

Try to Keep Up

Almost got me. Almost.

The Guardians of the Ancient bundle is available in the Store for 1807 coins. Bundle includes: 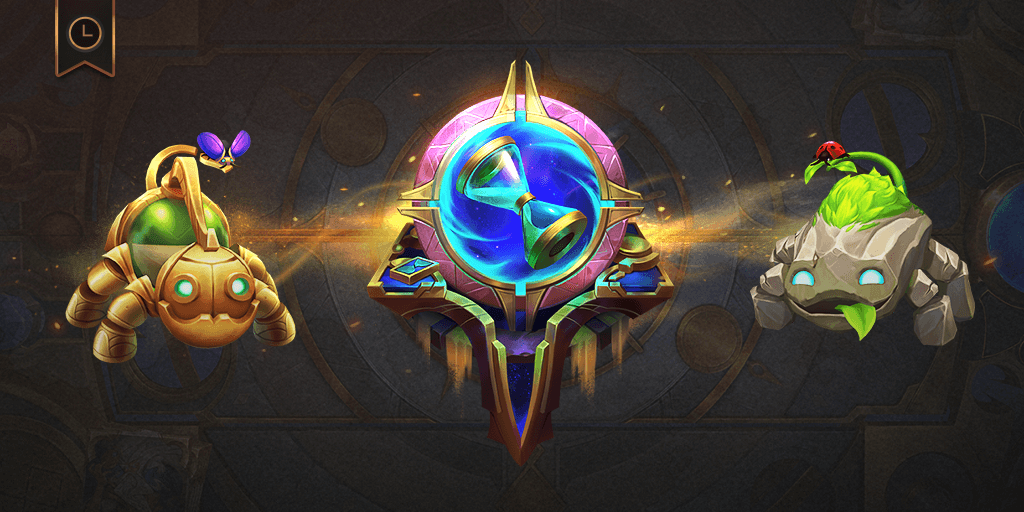 The Sand & Steel Deck Bundle, featuring the overwhelming might of Irelia & Azir, is available in the Store for 2106 Coins, prorated for any cards you already own: 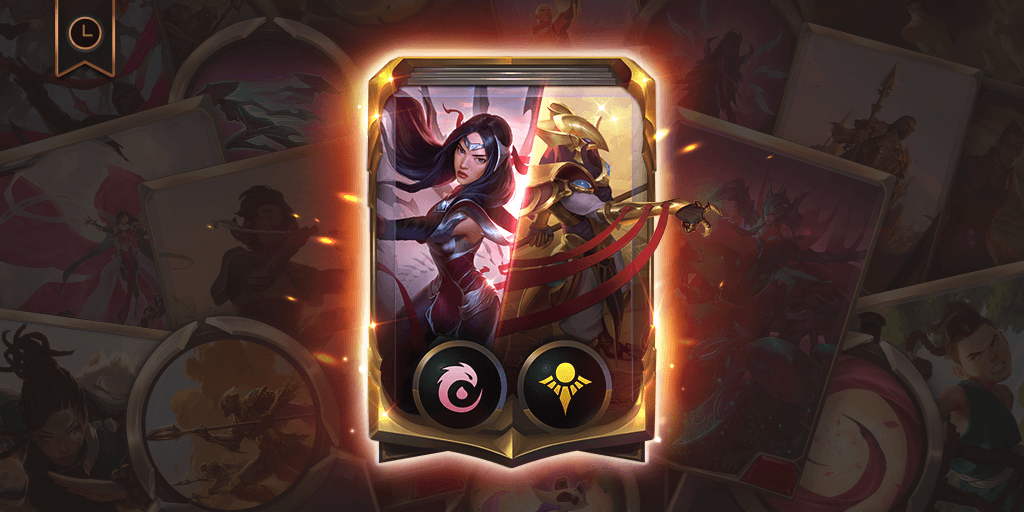 Guardians of the Ancient champions, spells, and followers have been added to Expeditions.