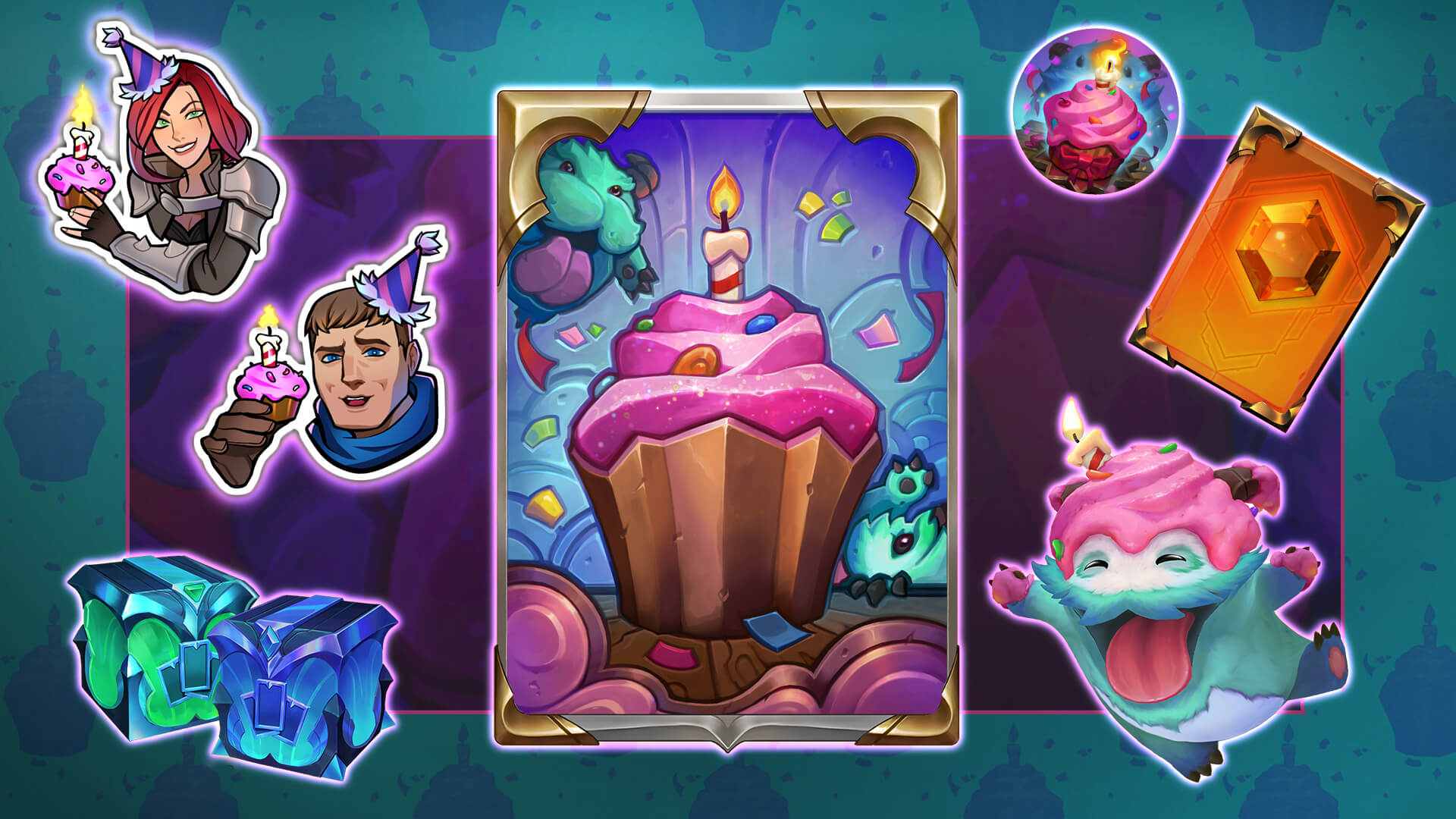 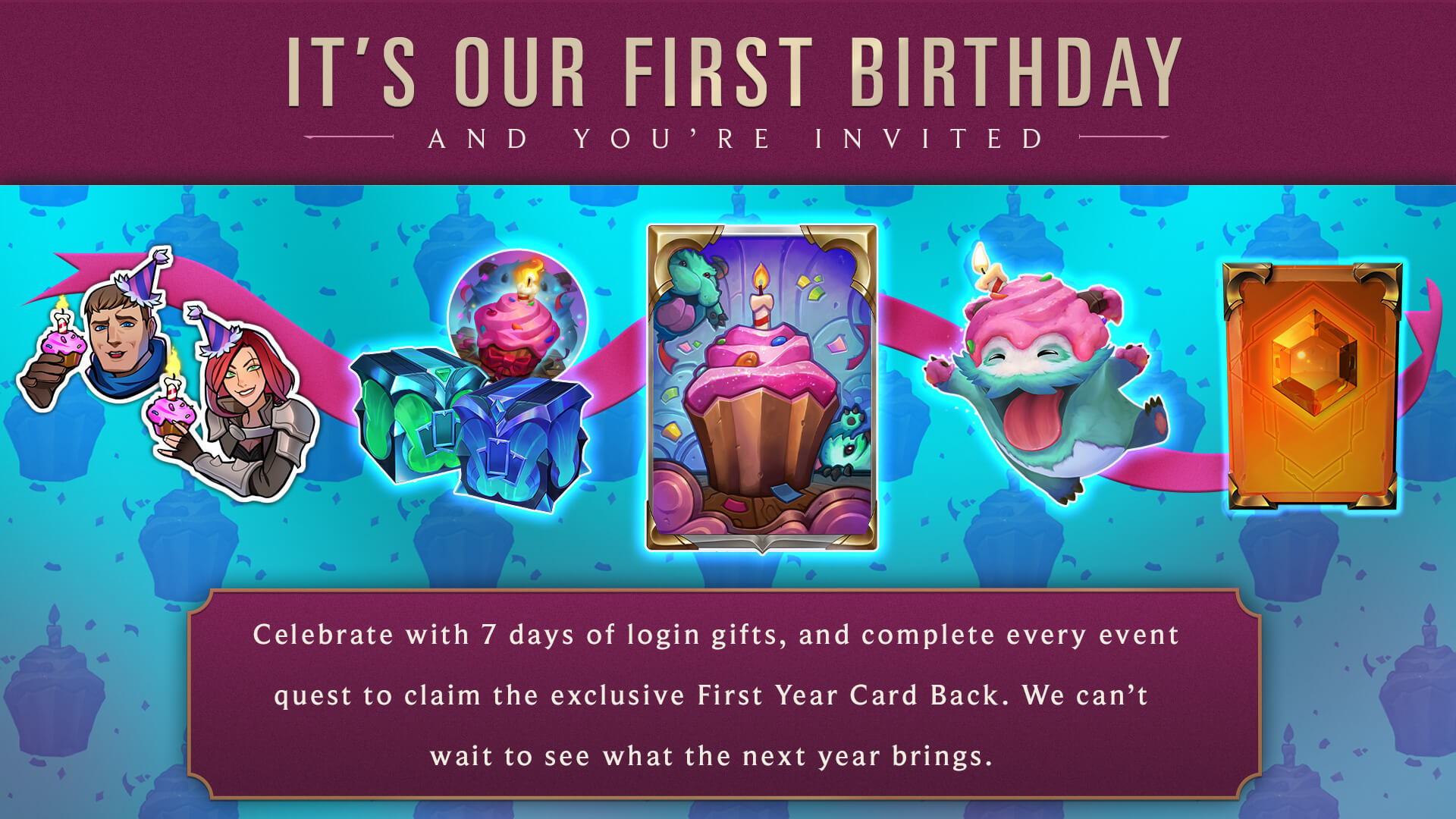 Join us in celebrating Legend of Runeterra’s one-year anniversary! As a token of our appreciation, we’re offering 7 days of free login gifts and special event quests with even more rewards. Once patch 2.6.0 goes live, log in each day for the following rewards, including some exclusive anniversary items!

You’ll also receive an event quest for each day you log in. Complete all 7 before the event ends to receive the First Year card back:

For some Poros, being cute enough to eat is just an occupational hazard.

Personality: Life of the party

Loves: Celebrating a year with you 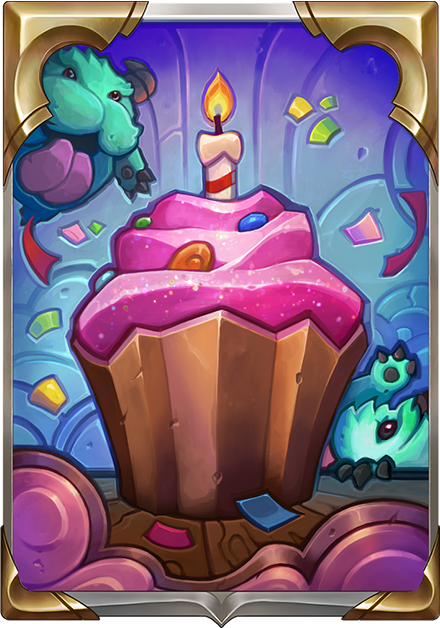 For all the legends who made our first year spectacular. 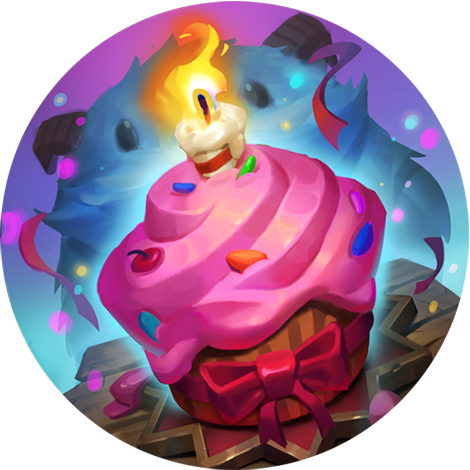