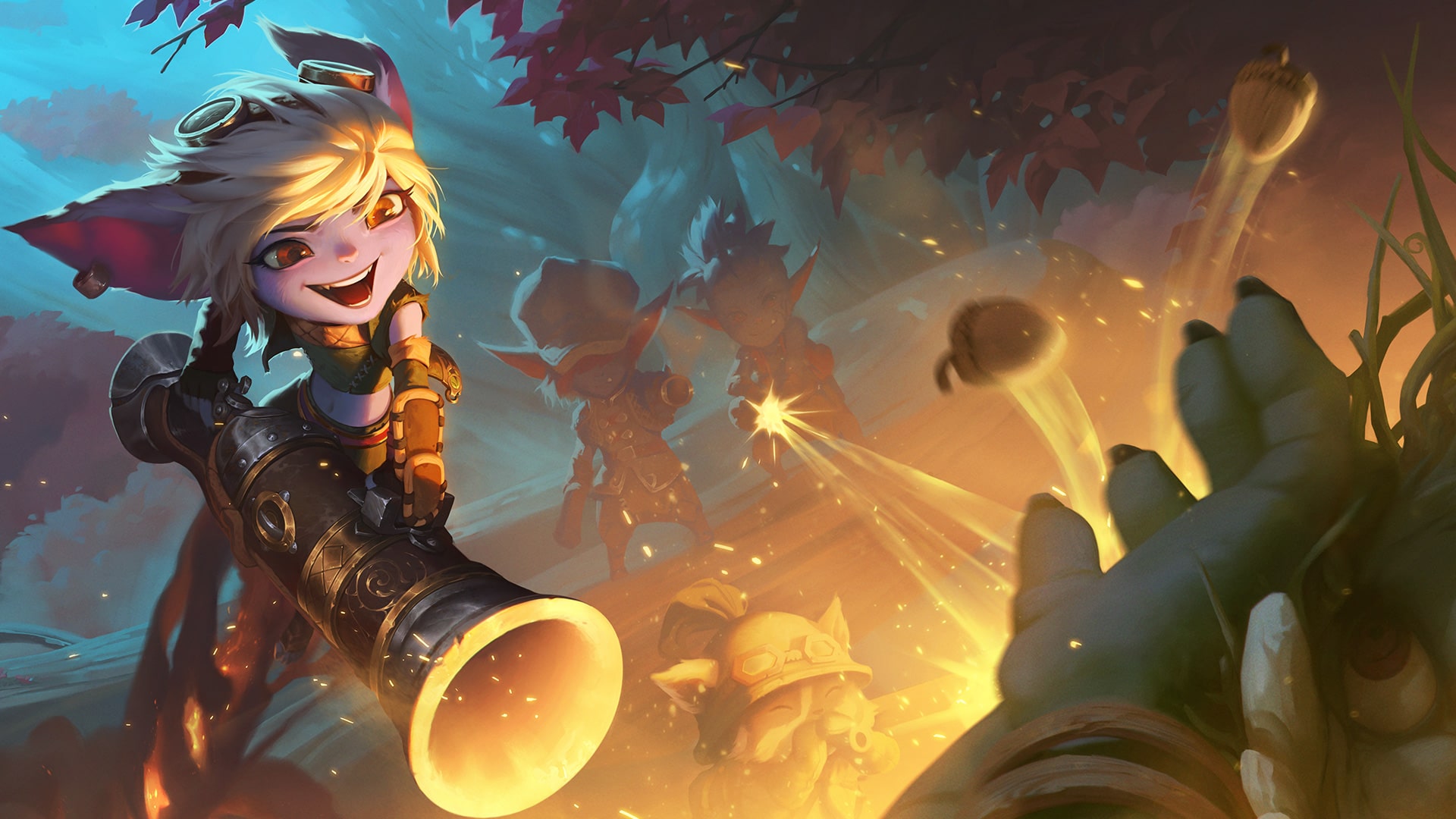 This patch kicks off the Between Worlds ranked season, and with it comes a major update on live balance, a variety of card updates, and some quality of life changes & bug fixes. Let’s get to it!

An Update on Card Updates

As promised back at the launch of Beyond the Bandlewood, we’ve got quite a few card updates for this patch. Before we jump into that, though, we wanted to share an update on the overall philosophy and targets for live balance moving forward.

[A fairly long] tl;dr – we feel that live balance updates are important to improve LoR’s overall player experience and, so moving forward, expect to see regularly-occurring scheduled card updates targeted towards impacting the meta, nerfing clear overperformers, buffing underperformers, and generally improving deck diversity. These updates will be staggered in between expansion releases.

The card updates in this patch were built using our updated philosophy, so you can expect something similar in scope and priority in upcoming patches as well!

For those interested, let’s get into a little more detail on exactly what this philosophy entails – otherwise feel free to skip down to the 2.18.0 card updates below!

What is a live balance philosophy?

We use this terminology a lot, so it’s important that we’re all on the same page as to what it exactly means. For the LoR gameplay team, our live balance philosophy is the set of principles that determines what could or should be changed, when it should happen, and why we do it. It’s a “live” balance philosophy because changes are largely determined by data from gameplay on the live server, on top of surveys, direct player feedback, and our gameplay analysis team (GAT), a team that playtests and advises on various aspects of cards and overall balance considerations before they go live to players.

How are we supporting live balance moving forward?

Internally, we’re organizing our processes and refining our priorities for live balance to ensure we’ll have consistent, impactful card updates during each expansion cycle.

We’ll be planning for regularly-scheduled balance patches to hit between expansion releases. We avoid significant balance patches immediately upon an expansion’s release, since new card releases will inherently impact the existing meta and it can take time for things to develop and settle. Too much time between releases and card updates, however, can lead to the feeling of a “stale” meta. Moving forward, the hope is that this new set of processes and priorities will address the feeling of a “stale” meta and any decks that are breaking metrics quickly, rather than having to wait months for a new release. 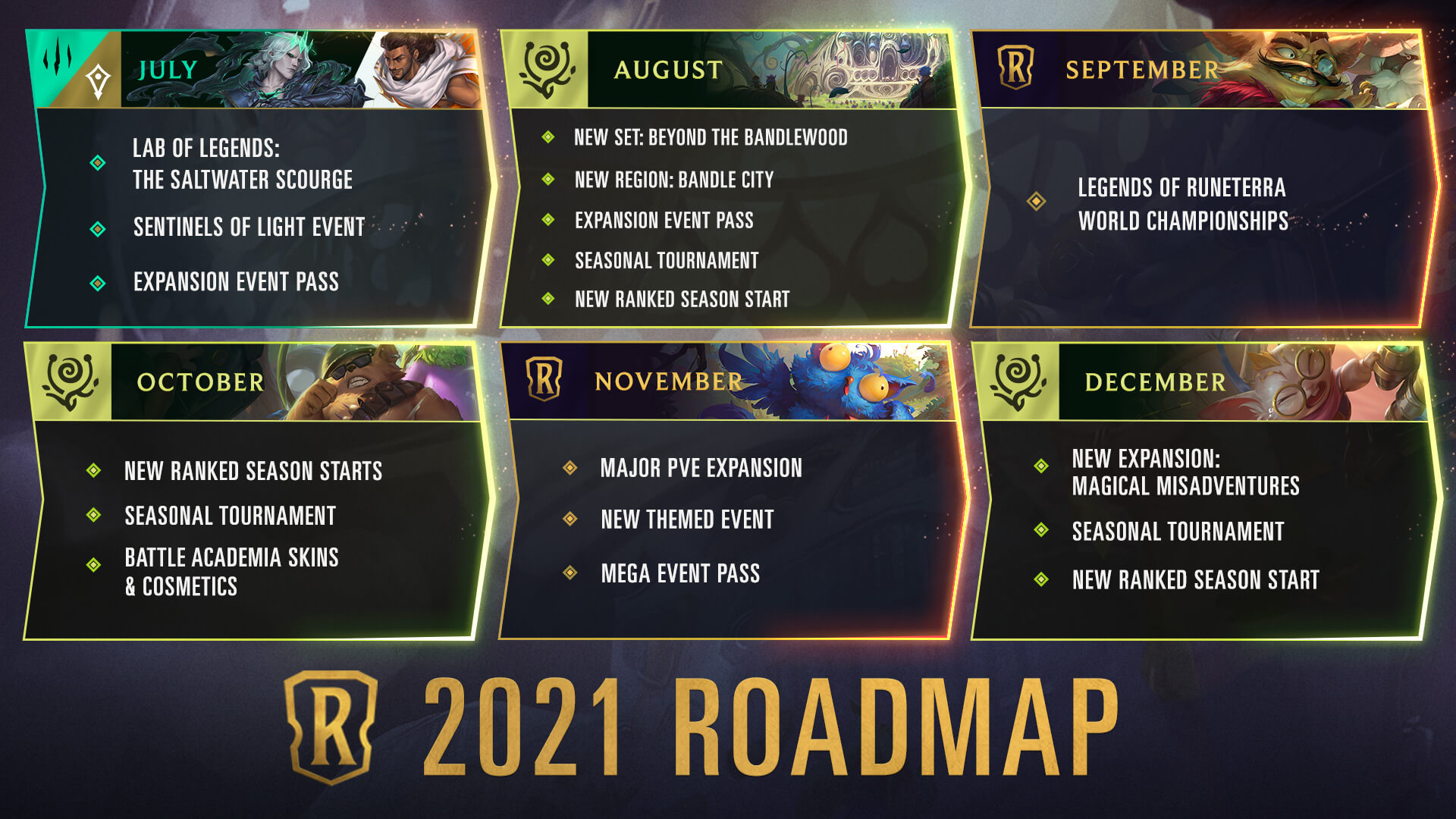 Why are we updating our live balance philosophy?

To put it simply – it’s more fun this way. We don’t want to actively punish decks that are performing well, but we know it can be a drag to constantly face the same meta decks for an extended period of time. That’s not necessarily a new philosophy, but what is changing is the rate and consistency of changes moving forward to more directly address that particular pain.

We also have additional guardrails to inform what kinds of changes we want to make, which we’ll get into next!

What are our targets for live balance?

This patch is our first crack at a set of card updates under our updated live balance philosophy, so it should serve as an example of what to look forward to with future balance updates. The focus here is to:

We’re excited to finally be able to share these details with you all! As always, we’ll continue to keep an eye out for feedback and thoughts around this update to make sure we’re hitting our goals and addressing genuine pains to offer the best possible experience in Legends of Runeterra.

Without further ado, let’s get into the changes coming in this patch!

Our next set of changes focuses on Targon as an individual region – we’re buffing a number of cards that reinforce their strengths as one that “goes tall” through card creation:

Next, we have a few light buffs to help give folks a reason to love Dragons again:

Finally, some miscellaneous buffs to round things out:

As mentioned in the 2.17.0 notes, a reminder that it’s nearly time for some new experiments! Lab of Legends, Saltwater Scourge, and Ultra Rapid Draw will be cycled out in patch 2.19.0 on November 10. Be sure to earn your Malphite and Gangplank card backs and get some high-octane Ultra Rapid Draw games in before then!

Prior to patch 2.18.0, Round Start effects resolved for the active player first. In practice, this meant a match with two players with full Bandle Trees would have the active player’s Bandle Tree to resolve first, ending the game. Now, the same situation will result in a draw. This change makes Round Start effects consistent with rules for Round End effects, which resolve in the same way.