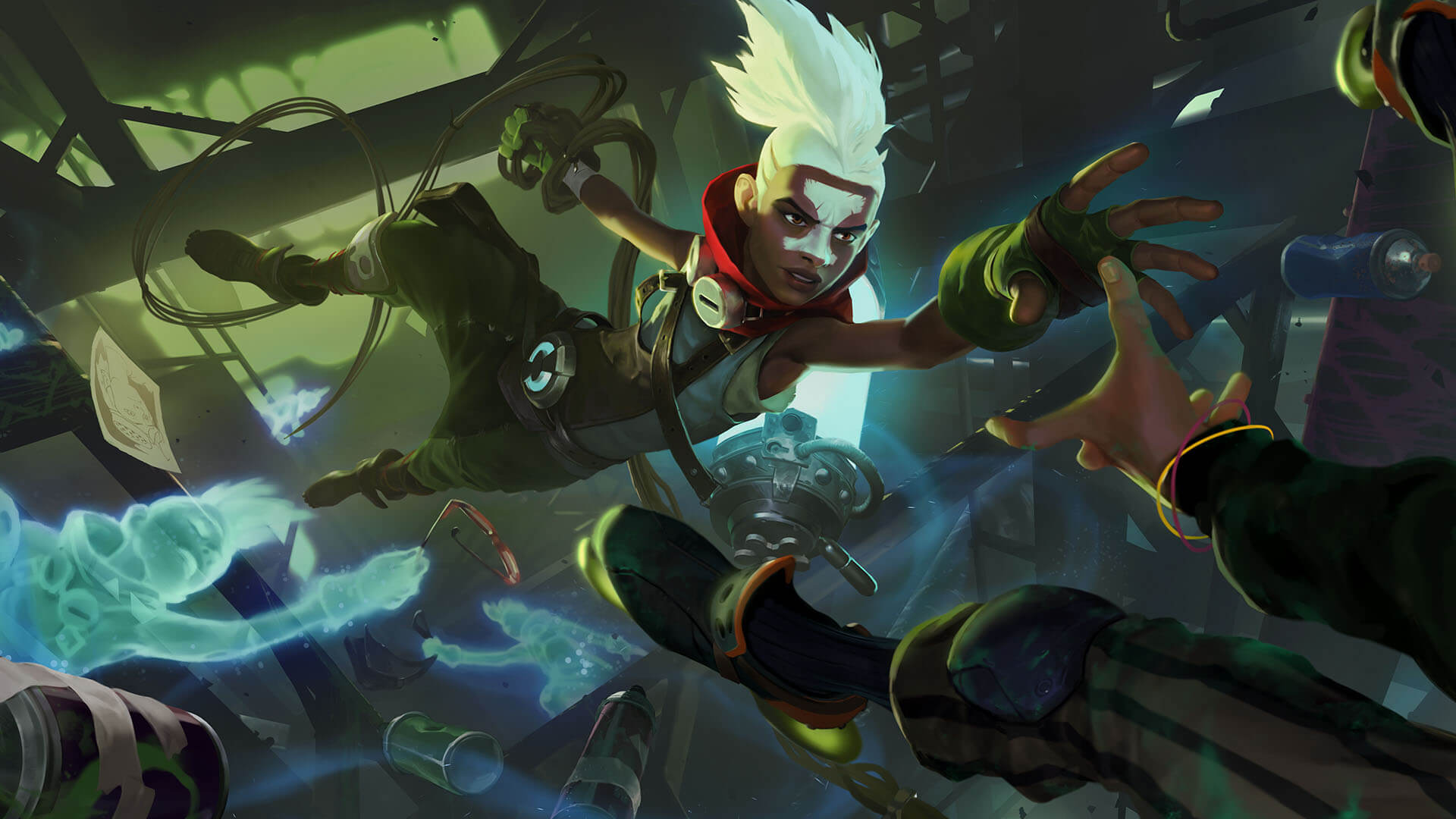 New Expansion – Rise of the Underworld

What lurks in the depths of Legends of Runeterra’s newest expansion? Let’s hope you don’t find out the hard way… Rise of the Underworlds introduces a new keyword – Lurk – as well as 43 new cards, including three new champions – Ekko, Pyke, and Rek’sai.

Rise of the Underworlds arrives in patch 2.11.0, which will be playable at approximately 11AM PT, June 30.

Over the past week, we’ve been revealing all of the cards being added in Rise of the Underworlds. Head to one of the galleries below to get the full list of new cards, and start your theorycrafting!

In Rise of the Underworlds, you’ll encounter creatures unlike anything seen in Runeterra as you know it. Our newest keyword – Lurk – powers up new Lurker followers anywhere with +1|+0 if you attack with allies while one lurks on top of your deck. Some Lurkers have powerful bonus effects when Lurk activates for them as well. If you plan on playing with Lurkers, think ahead; you’ll need to be able to predict what’s on top of your deck to use them effectively… 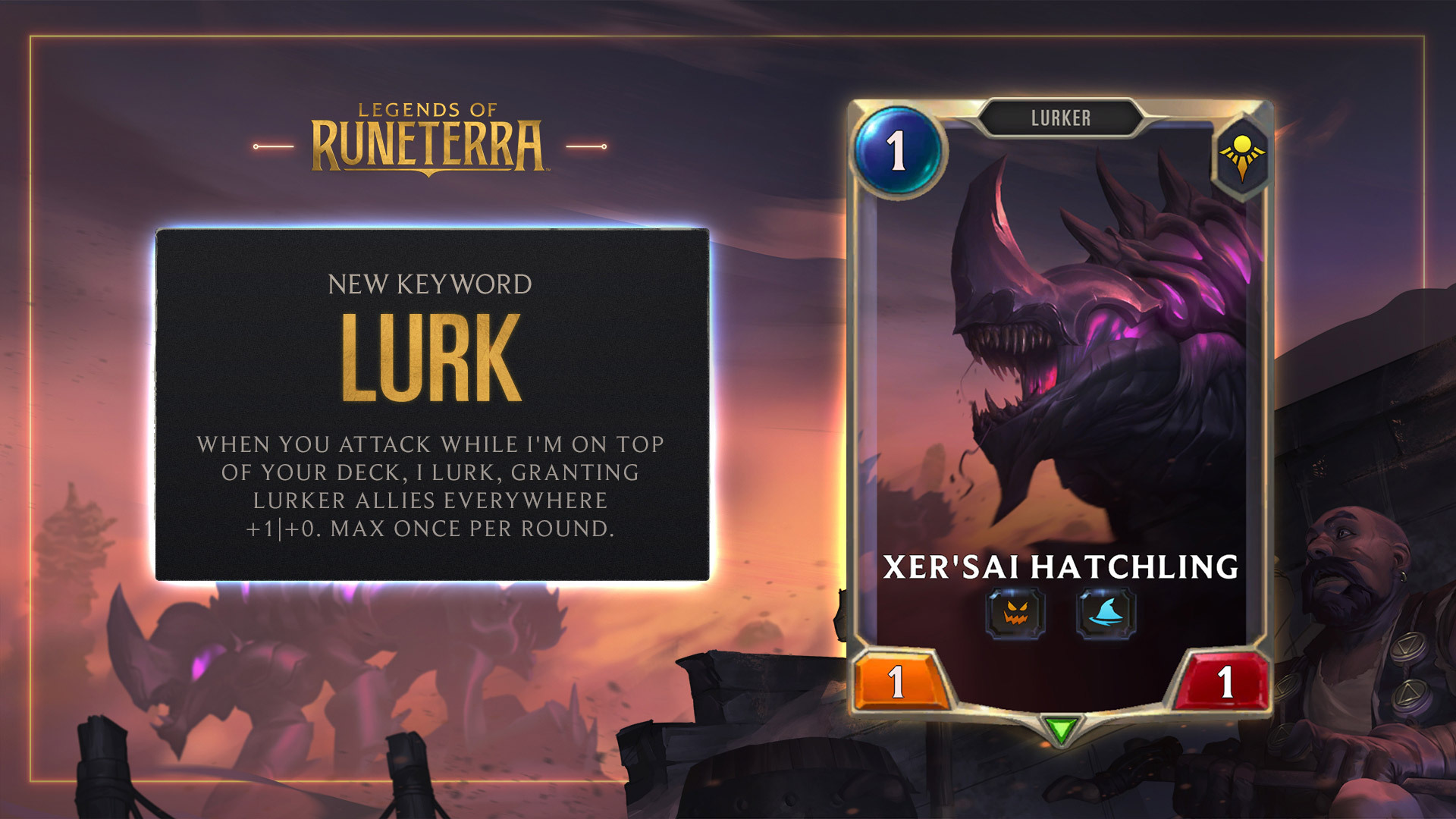 A new challenge – Beneath the Surface – has been added to introduce Lurkers and the new Lurk keyword.

With the release of Rise of the Underworlds, we are also including a large list of live card updates. The scope of changes in this update is much larger than past live design updates, because we’ve packaged together a number of live design opportunities that we’ve identified over time. The changes below will provide us with a better foundation to make live changes in the future. We’ll be back as soon as we have an updated philosophy of how we’re going to make these changes in a way that is sustainable, true to our values, and will hopefully keep the metagame fresh. We’ll share our plans as they develop to give everyone a solid understanding of the cadence and size of future balance updates. Legends of Runeterra has changed and grown quite a lot since we launched, so please bear with us while we continue to develop and iterate on live design!

Due to the large number of changes, we won’t be providing context for each change like we usually do. Instead, we’ll share our goals and philosophies that guided us leading to these changes.

We have several releases of new cards coming in a short amount of time.

New card releases tend to have a big impact on deck popularity. In general, we try to avoid doing many live design updates alongside new cards, because the changes are usually overshadowed by the new cards. Due to the size of this live design update with Rise of the Underworlds, we will be closely monitoring the impact of our changes and try to respond very quickly if we aren’t hitting our goals. If we aren’t seeing the desired outcome from the changes in 2.11, then we may introduce more changes in 2.12, but our hope is that further changes won’t be needed quite so quickly to maintain a fun, diverse, and healthy meta.

Our game is constantly changing and the landscape of popular decks is always evolving. We are making this game together with you all and value your feedback to help us make the game as fun as possible. We hope that you are as excited as we are about the future of Legends of Runeterra!

Lab of Legends has been updated with new selectable champions:

This patch brings a big update to the prologue – the part of a new player’s journey that happens after the first 4 tutorial games and guides them until they unlock the region reward roads.

A lot has been added to Legends of Runeterra in the year since launch, and even before then the early game could be tough for people not familiar with card games. To help new players find the fun of LoR, we’ve updated the prologue with three guiding principles:

The following personalization items are available in the Store. 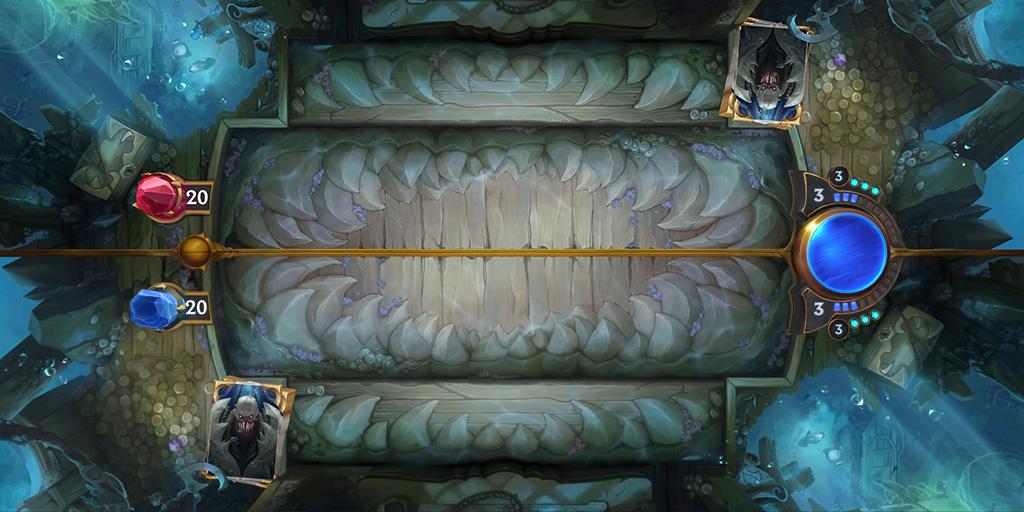 For legends who hunger for vengeance. 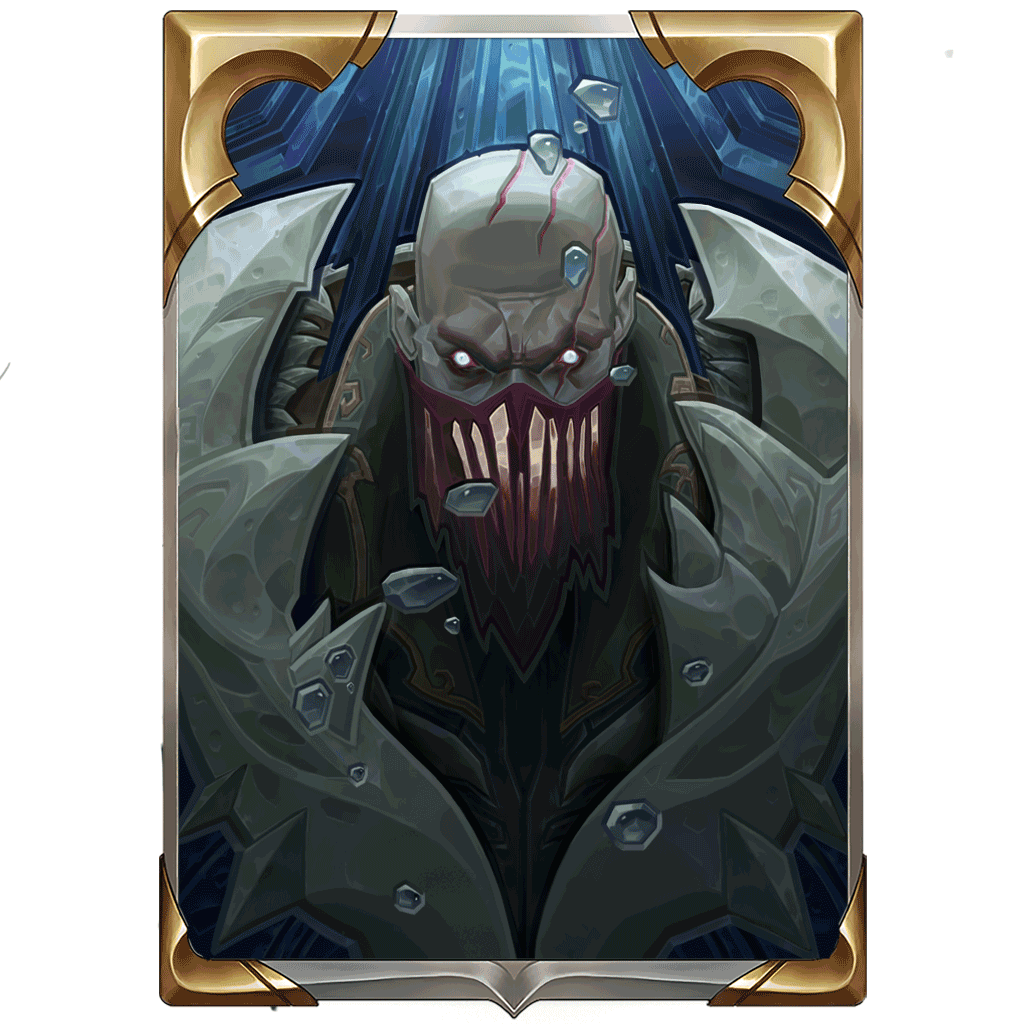 The Curse of the Deep bundle is available in the Store for 2403 Coins, prorated for any items you already own. Bundle includes: 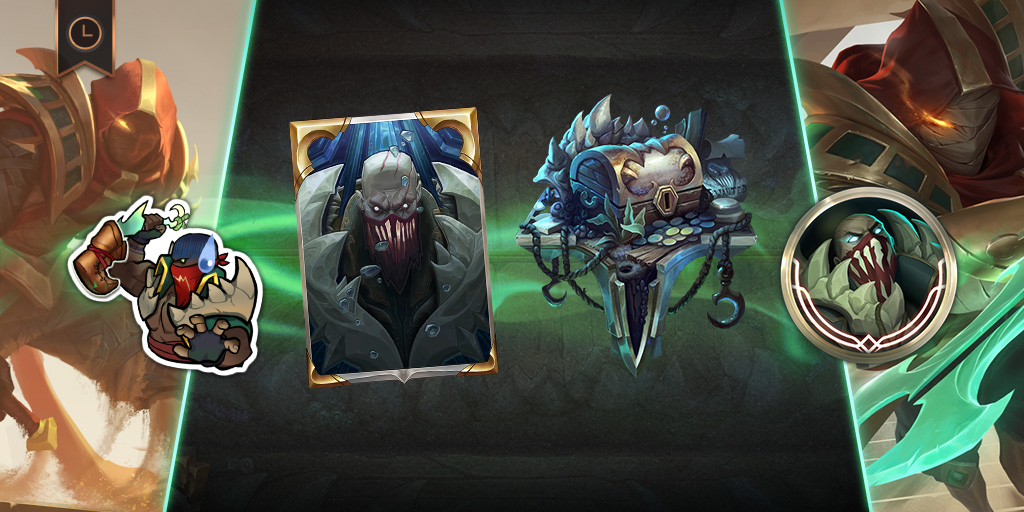 The Dueling Timelines deck bundle is available in the Store for 3173 Coins, prorated for any items you already own. Bundle includes: 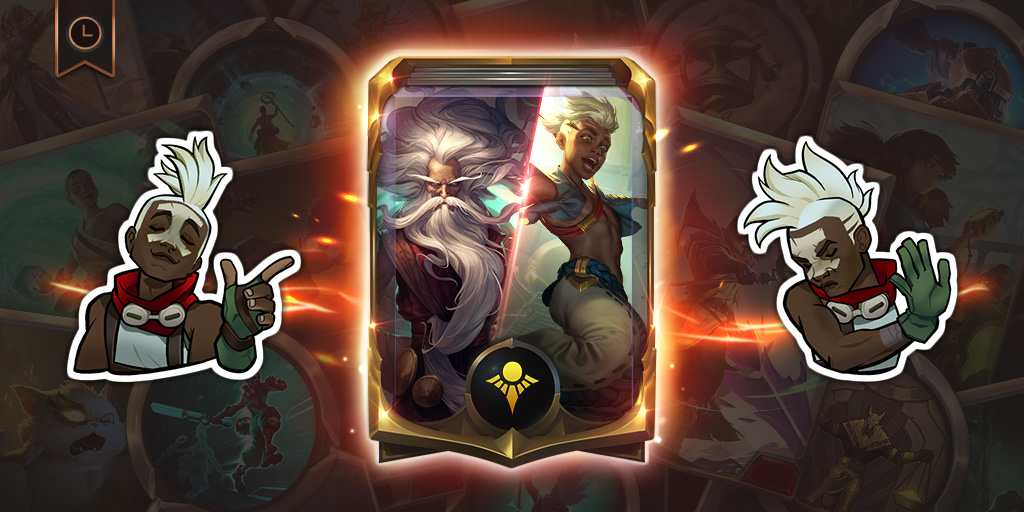 For the release of Rise of the Underworlds, we’re adding seven new archetypes to the Expeditions pool, featuring the new champions and strategies highlighted in this expansion, and new cards have been added to existing archetypes as well. Additionally, all archetypes from Empires of the Ascended and Guardian of the Ancients have had their offering bonuses normalized:

Rise of the Underworlds archetypes will temporarily be four times as likely as they would otherwise be to appear in the initial Champion Picks. We’ll even out these chances in a later patch