Our most complex and adaptable Champion to date, Aphelios has made his arrival in Legends of Runeterra. The Weapon of the Faithful brings with him a small collection of new cards as part of the Aphelios Champion Expansion.

For a deeper dive into Aphelios’s design and mechanics, check out our overview video with Design Director Riot Umbrage on the Legends of Runeterra YouTube channel tomorrow!

Praise the moon and get Aphelios as soon as he lands in Patch 2.1.0, and get a look at all of the cards coming in the expansion in the Aphelios Champion Expansion Card Gallery. 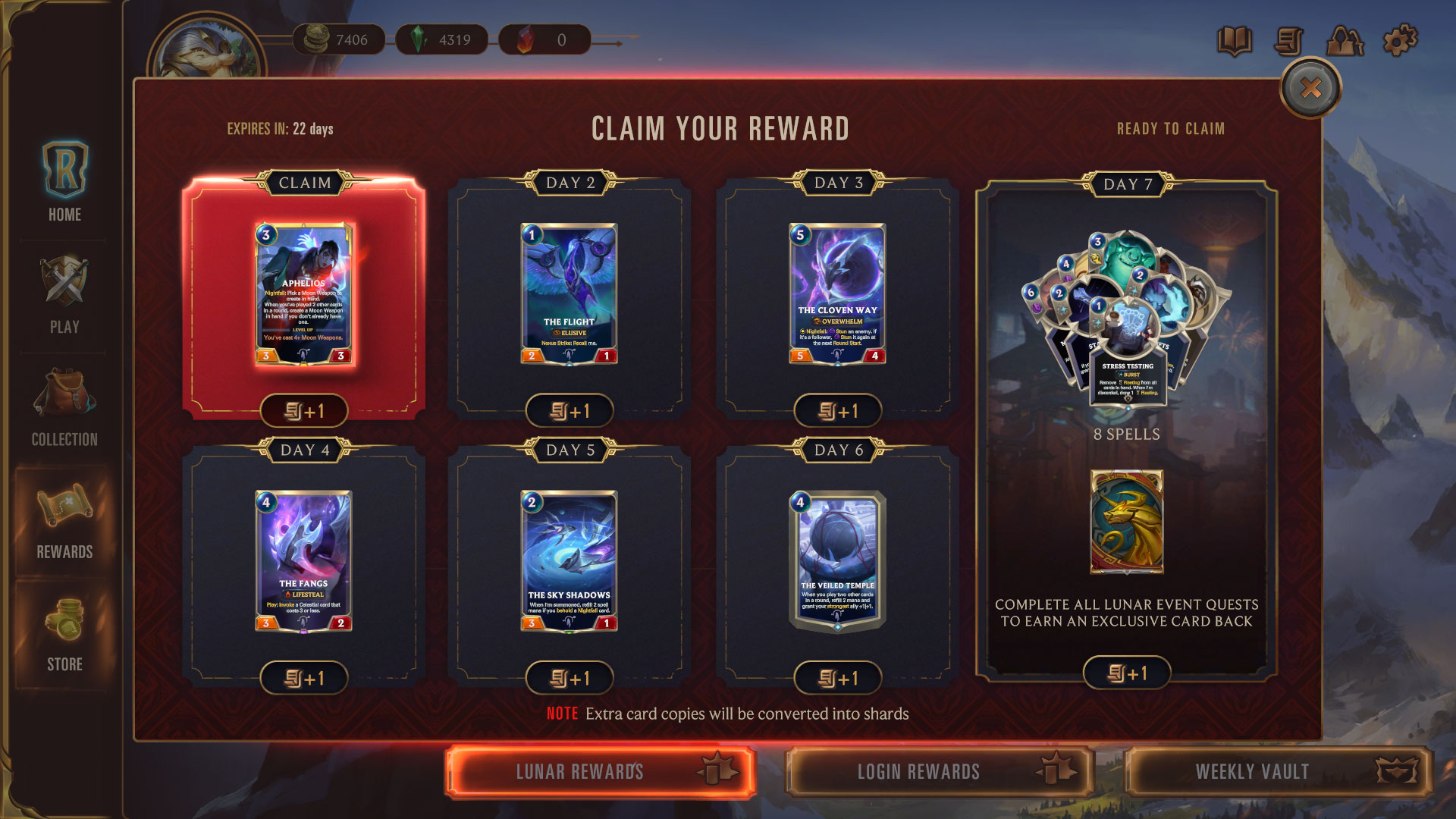 The release of Cosmic Creation introduced Zoe, Viktor, and Riven to the game. Now that we’ve had a chance to see them in action, we know Zoe has been making portals and taking names all across Runeterra. Viktor and Riven, however, could use a little bit more attention to help them perform their best. Patch 2.1.0 comes with a collection of card updates aimed at giving these Champions a chance to shine just a bit brighter, along with some non-Champion card updates to improve the overall health of the game.

Like with Viktor and Riven in this patch, as we move forward with future card updates, you’re going to generally see more attention paid to newly-released cards to ensure they’re performing at an appropriate level compared to previously-released sets. However, that doesn’t mean cards from Foundations, Rising Tides, or Call of the Mountain won’t see adjustments. This philosophy is specifically in regards to live design & balance, and has been established to ensure that we continue to promote meta health and deck diversity as we continue to add new sets and expansions in the future. With that, let’s look at what’s changing in Patch 2.1.0!

After countless hours of experimentation, Heimerdinger is finally ready to unveil his latest and greatest achievement:

Introducing… the appropriately-named Lab of Legends – our first Legends Lab, and another foray into the world of single-player adventures! First introduced in our 2021 Roadmap Update, Legends Labs are experiences that focus on progression, customization, and adaptation.

Building off of those themes, Lab of Legends gives you a choice between 8 different Champions, each with their own premade deck, and pits you against a series of increasingly-difficult encounters. As you progress, you’ll earn new cards, passive abilities, and items that power up cards in unique ways. No two runs are the same; expect to see some crazy combo possibilities emerge as you reach later stages. Don’t be reckless though, your Nexus health carries over between rounds and is only refilled after a Boss encounter, so be sure to pace yourself!

Emerge ‘Viktorious’ at the end of a run, and you’ll earn a unique icon based on your selected Champion. Fight hard, experiment responsibly, and try to collect them all! 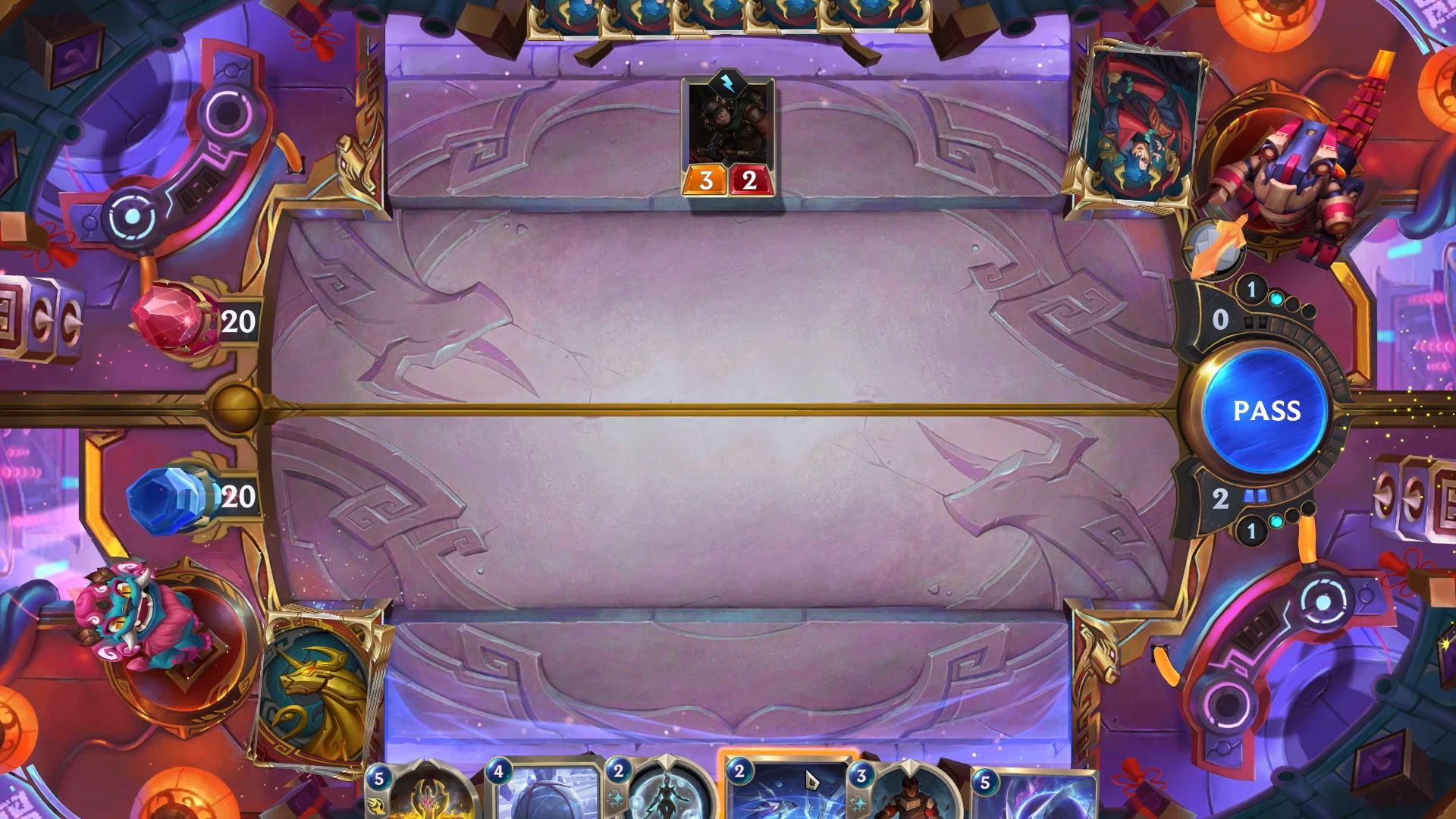 The year ends, but the party never stops.

Appears once a year to wreak delightful havoc on mortals.

New Card Backs are available for purchase in the Store: 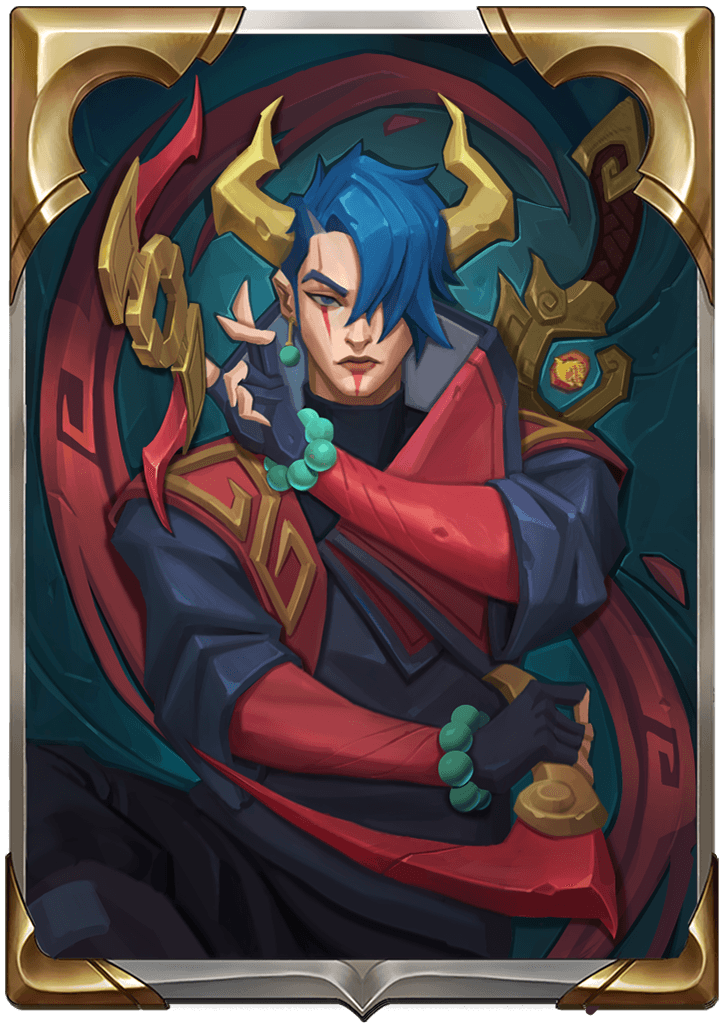 Celebrate with a whisper. 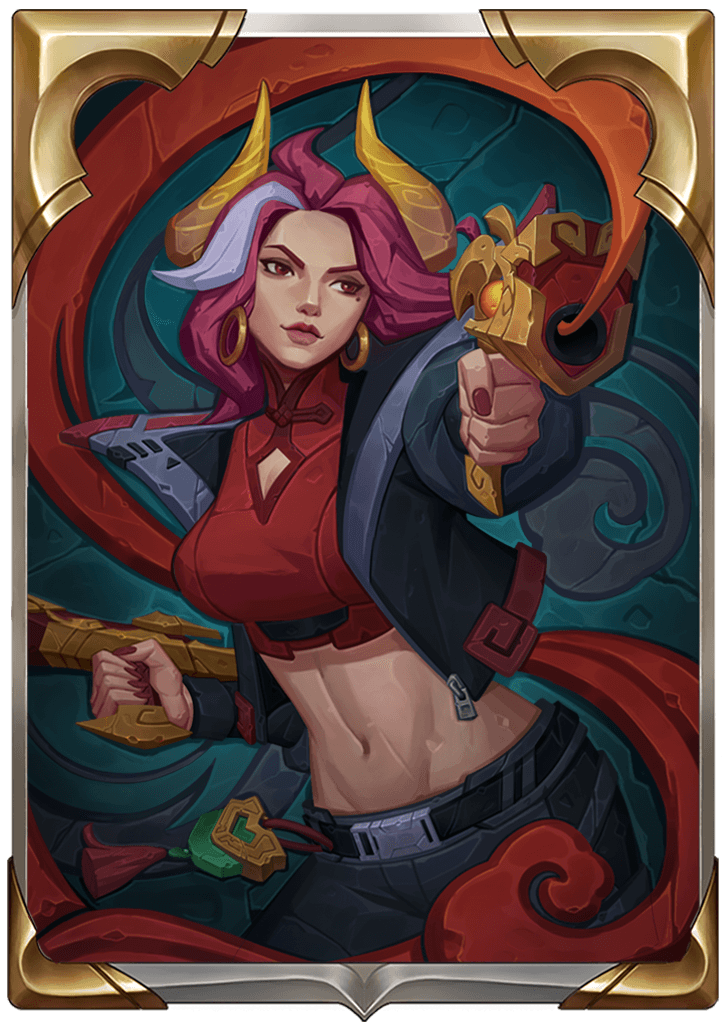 Celebrate with a bang. 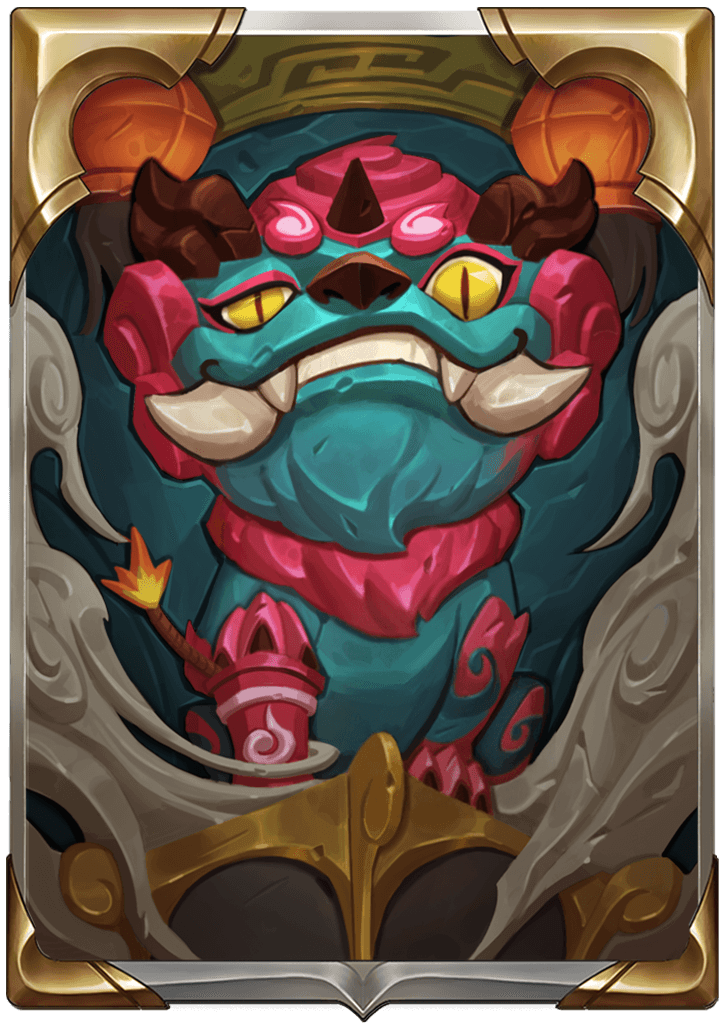 New Emotes are available for purchase in the Store:

The Lunar Beast Bundle is available in patch 2.1.0 for 2394 Coins. Bundle includes: 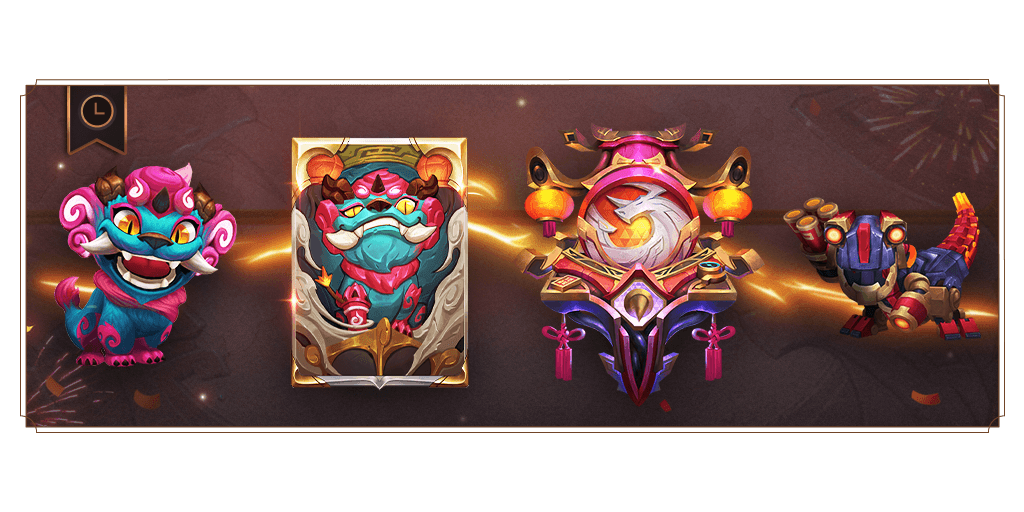 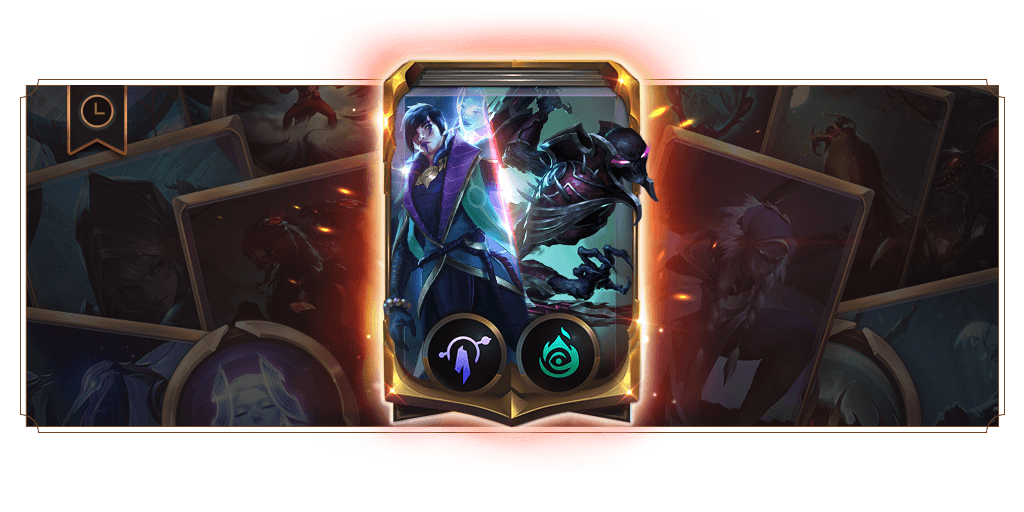 Make the night last forever with the Night Hunters Deck Bundle, available in patch 2.1.0 for 1998 Coins (prorated for any excess card copies based on your existing collection). Bundle includes a collection of cards from Targon and Shadow Isles designed to bring out the full power of Nightfall!

Balance between the various archetypes continues to be in good shape overall, so with this patch we’re just making minor changes to a number of archetypes, as well as focusing Fishbones more around an aggressive strategy. In addition the new cards that are debuting with the patch have been added to Expeditions.