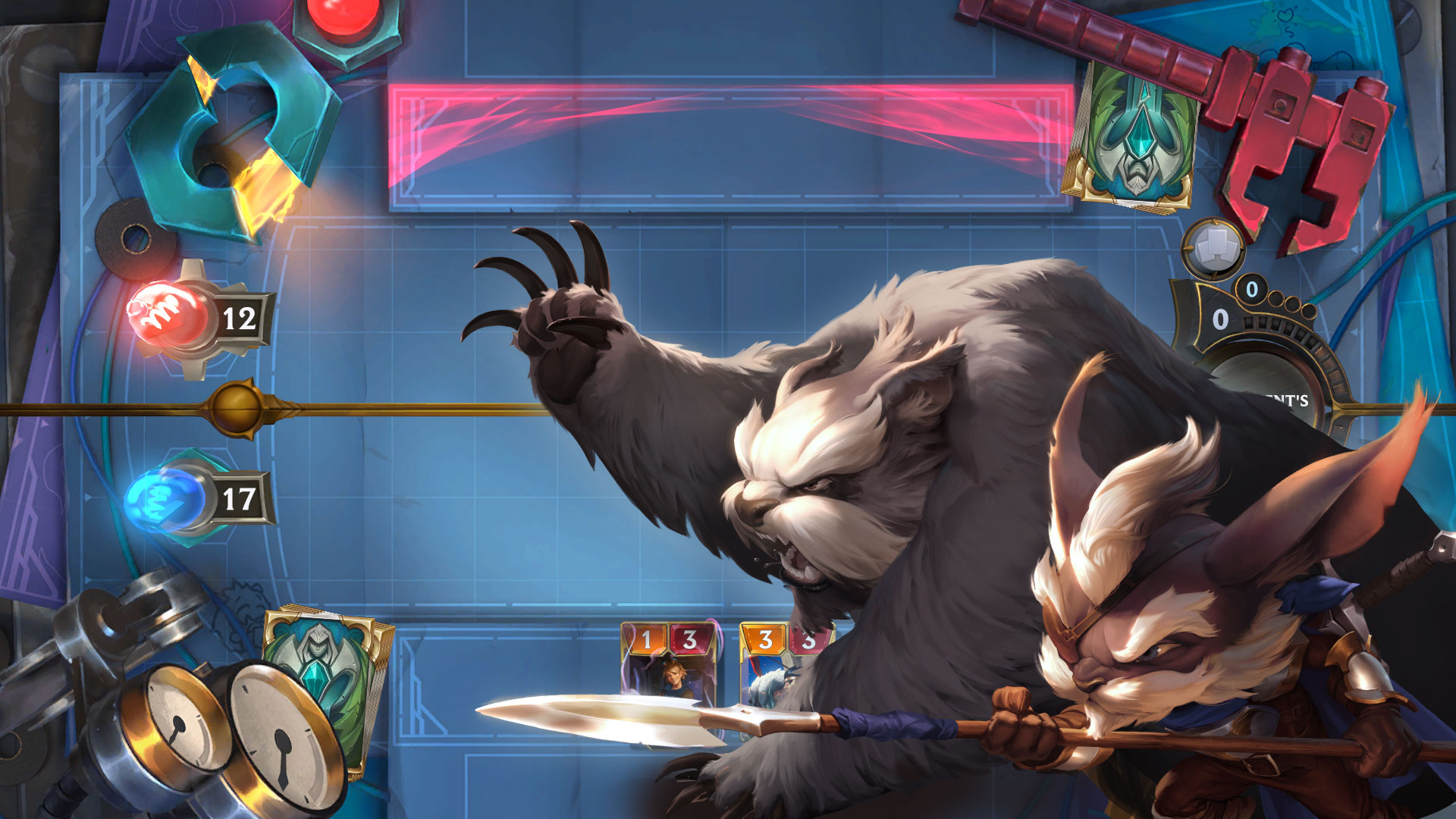 This year, we’re looking to introduce a variety of gameplay experiences to Legends of Runeterra, and what better place to experiment than in a brand new experimental Lab?

Starting in just a few days on January 13, you’ll be able to jump into a thrilling Co-op vs. AI Lab, United Front! In this Lab, you’ll face off against the powerful invading forces of Noxus, led by either Darius, Draven, or Swain. This challenge is too great to take on alone, so you’ll need to join forces with an ally to have any chance at repelling the invasion.

How does it work?

When United Front launches, you can take on the Noxians with a trusted comrade via Friend Challenge, or make a new friend by queueing solo. Communication is key in executing your co-op strategy, so we’ve added a set of communication emotes to this Lab to help players set each other up for success. Please emote responsibly.

Both players share a board and a Nexus, but each player controls their own deck & hand; you can take a look at your partner’s hand at any point to decide on your next move. You and your co-op partner will alternate turns, so throughout a game, one player takes on the role of the primary attacker, meaning they control the board on the rounds you start with the attack token, while the other player acts as the primary defender, taking control of the board on defensive rounds.

Once you begin a match, both you and your co-op partner will be offered a selection of Champions to lead your charge against Noxus. Your Champion selection determines the deck you’ll take into battle; try out different combinations with your partner to enhance each other’s strengths and shore up any weaknesses.

Simple, right? Well, that’s not all there is to it – this is a cooperative game, so in addition to your standard cards, you’ll also have special co-op cards that can completely alter the course of battle. Rally for your partner on the next round, buff and pass cards to each other, strengthen your Nexus defenses, and more! These Noxians aren’t about to go down without a fight; Darius, Draven, and Swain have a few tricks up their sleeves, so you’ll need all the help you can get to take them down. There are a few twists and turns that we won’t spoil here (Swain might not take too kindly to us revealing his strategies), but don’t be surprised if you end up getting Decimated once or twice… or more. 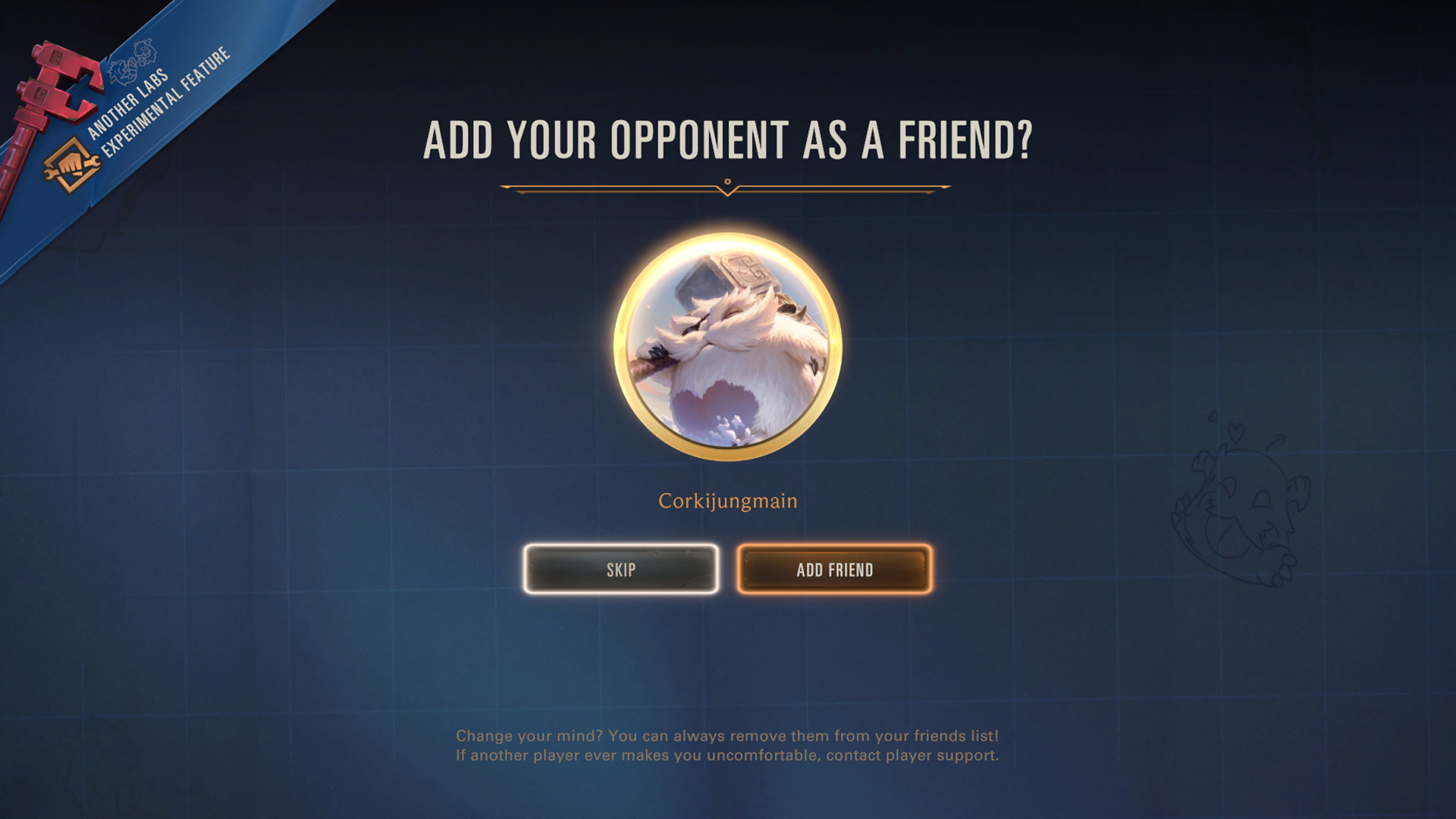 We’re also happy to introduce another new feature to complement the cooperative nature of this Lab. For players who queue up with a random partner, you’ll get the option to add them to your Friends List after the game ends. Want to attempt to continue your win streak with a new set of Champions, or get the runback after a loss? Add each other as Friends and jump back into the fray!

United Front, as well as the general concept of co-op vs. AI, is just one of the many new experiences we’ll be introducing to Legends of Runeterra this year. Let us know your thoughts and share some of your best co-op moments and outplays at @PlayRuneterra when the Lab launches on January 13!