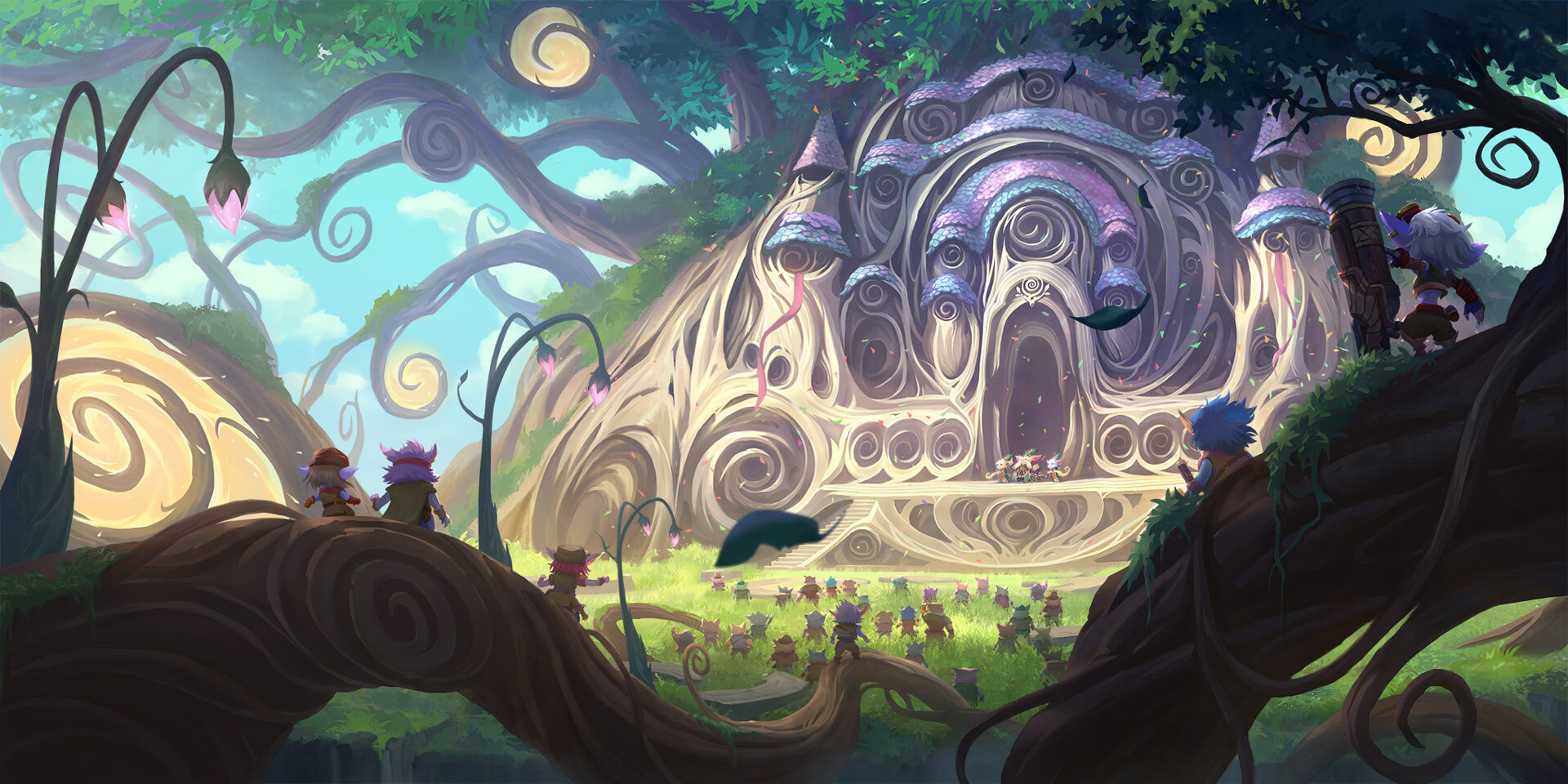 Few have journeyed through the mysterious portals found across Runeterra, leading to a land where enchantments and mischief run freely, a timeless city beyond the material realm with curiosities waiting to be discovered. The real adventure, however, extends beyond this magical city, and all it takes is a leap of faith and some magic!

Your journey in Beyond the Bandlewood, featuring the final region of Bandle City and 126 new collectible cards, kicks off on August 25th, 2021!

Bandle City as a region is all about the magic of multi-region cards, which can be one region or another. When building a deck with such cards, the only requirement is to have a single-region card from either of the cards’ two regions. Here’s a more detailed breakdown of how it works, with a few examples:

Your deck’s regions are only determined by the single-region cards in it, so if you start with a multi-region champion, you’ll need to add another card of one of your Champions factions. If you start with Fizz, add Zap Sprayfin and you now have a Bilgewater deck.

If your deck is mono-Bilgewater, you can include Fizz. But even though you have Fizz in your deck, you could not include Lulu without first adding a single-region Bandle City or Ionia card, to add a second region to your deck.

As well as multi-region cards, Bandle City has all sorts of magic to offer in Beyond the Bandlewood, which will also introduce new cards from every other region, as well as a few entirely-new keywords. Stay tuned to LoR’s social pages over the next weeks for new reveals every day at 9:00 AM PT, up until the release of Bandlewood in Patch 2.14.0 on August 25.

With a variety of oddities and new cards to behold, you can also get full details on each day’s reveals at Mobalytics and Dak.gg over the next few weeks!

For now, here’s a quick peek of what’s in store with some familiar faces that will become multi-region cards in Beyond the Bandlewood, and a brand new landmark – The Bandle Tree:

Additionally, some existing cards have been updated with two new subtypes added in Beyond the Bandlewood: Yordle and Fae. Here’s a full list of the cards being updated:

Pack your bags and prepare for your Beyond the Bandlewood adventure on August 25th!