The battle between the Ruination and the Sentinels of Light rages on, and it’s about to get much more intense… and a lot fluffier. Announcing #LoRFluftFeudcontest, a battle of imagination between two of Riot’s incredibly skilled concept artists (and the entire LoR artist community), and a chance to win a Warlord’s Horde of prizes!

On Friday, July 30 at 11:00AM PT, concept artists Servando Lupini & Chelsea Du will go head to head live on twitch.tv/legendsofruneterra, drawing their ideal concept of one of two poros – one allied with the Ruination, and another with the Sentinels of Light.

The stream will be moderated by the narrative lead for LoR’s Sentinels of Light event, Rowan Williams. Tune in to see these feuding poros come to life, and join in the discussion on the narrative behind the event & champion expansion! Once the stream ends, though, that’s when the true Fluft Feud begins…

Submit your design for #LoRFluftFeudcontest:

After the stream, between July 30 – August 5, 2021, you can submit your own Ruined or Sentinel poro, simply by:

Submissions will be judged based on a mix of creativity, originality, and overall visual appeal. A total of 2 grand prize winners (one each for Ruined & Sentinels) and 8 runner-up winners will be announced on August 10, 2021, at 12:00PM PT. 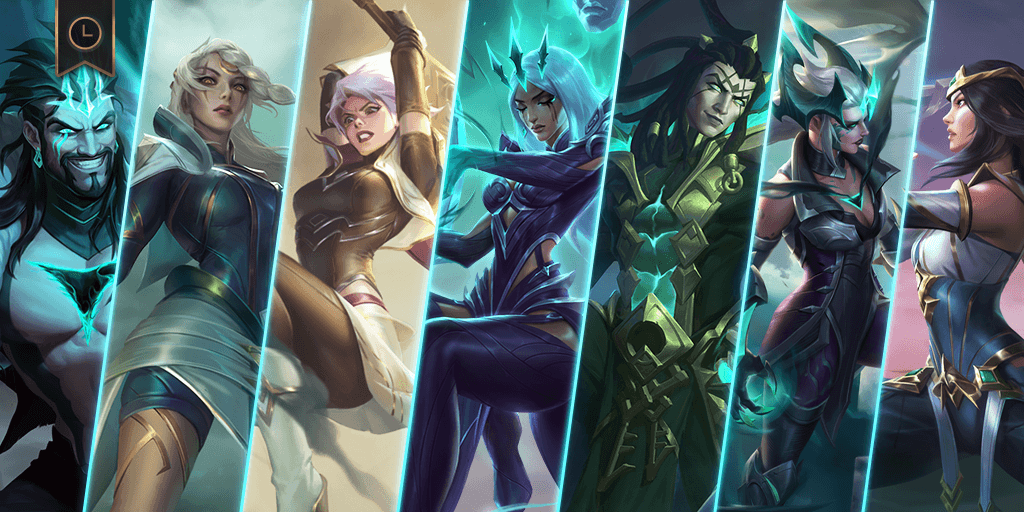 Remember to include the hashtag #LoRFluftFeudcontest and tag @PlayRuneterra in your entry, or your poro may be lost to the black mist (and not counted as an official entry).

Once more, check out the full contest rules, as well as terms & conditions here, and get ready to tune in to the live stream on July 30 at 11:00AM PT!